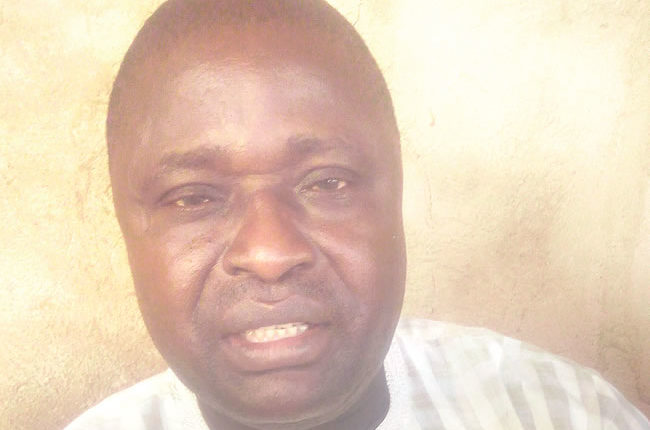 Honourable Simon Mwadkon is a two-term member of the House of Representatives from Plateau State. ISAAC SHOBAYO speaks with him on internal democracy in political parties, among other issues.

WHAT is your assessment of democracy in Nigeria?

Democracy is a welcome development but we still have a long way to go. Election in Nigeria has been characterised by vote- buying, underage voting, snatching of ballot papers, rigging both from the Independent National Electoral Commission (INEC) office and to the security agencies. I think we still need to work on our electoral system so that people can really celebrate June 12th properly as a democracy day because if democracy is characterised by rule of law, fair play and other things that would make the process workable but in Nigeria we cannot see that. Nigerians want democracy but the political class is not living up to the people expectation, the game is being play without any recourse to the lay down rules and regulations. It is unfortunate that 21years down the line, no political party in the country can conduct its primary election without any rancor. It has always been complaint and litigation, whereas every political party has its constitution guiding the exercise. But, they are deliberately jettisoned for selfish and parochial interest.

What does it portend for democracy, based on what is happening in the two leading parties in the country?

Internal democracy is the bedrock of the survival of democracy; it is the beginning because party primaries should be transparent. Those saddled with the responsibility of elections should be willing to conduct free and fair elections, even within the parties. If there is no internal democracy, like what is happening in Edo State, we are likely not to have a free and fair election because the political parties themselves have not demonstrated transparency in the conduct of their primaries. It was because of the lack of internal democracy that the All Progressives Congress (APC) lost the governorship and the entire seats to the PDP in Zamfara State. If we refuse to accept internal democracy in our political life or in conduct of our party primaries, we are likely to have problems in the main election itself. I think it was also lack of internal democracy that made the PDP to lose elections to the APC; a lot people were aggrieved in the PDP as a result of the handpicking of candidates to feature in the party’s main elections. We were all aggrieved; many had to collaborate with the APC against the PDP. So, it is a very dangerous trend; that alone is likely to kill democracy itself.

I don’t subscribe to the issue of imposition. It is a big issue in party politics and politics itself in Nigeria. I want to say that nothing kills democracy like lack of internal democracy as a result of impunity. Those at the helm of affairs of parties in this country need to be cautioned and play the game according to the dictate of the rules and regulations, as well as have respect for the constitution of their parties. Quite a lot of them stir affairs of their parties with sentiments and personal interest. It is high time they realised that the interest of followership and the constitution of party supersede and override their personal interest.

The APC recently showcased the score card of the administration of President Mohammadu Buhari, saying it performed creditably in the past five years. What is your personal assessment of the government?

From my own perspective and analysis, the APC administration has failed because I cannot see one of the campaign promises that has been fulfilled. They promised to fix electricity problem in six months; they are in their fifth years; nothing has been done. The school feeding programme of the administration is a scam. In the course of the COVID-19 problem, pupils are not in schools; yet, this administration claimed the pupils are being fed. The president claimed before the 2015 election that the Boko Haram issue was being used for politics. Many people voted for him on the basis of solving the problem. But, the big question today is: has he been able to solve the problem of Boko Haram? Recently, more than 90 citizens of Borno State were killed by Boko Haram; in Katsina State, bandits killed more than 60 people. The North-West and the North-East are under the siege of Boko Haram and bandits. The youths in these zones, during the week, had to troop out to protest the killings. Yet, we are made to understand that the Service Chiefs are on top of the situation. Where are the security chiefs of this country? The president has refused to remove them and rejig the entire system. Though some people are arguing that it is not the issue of security chiefs, I quite disagree with them because once the head is rotten, there is nothing other parts of the body can do because they are supposed to give direction and be the engine room of the operation. These people have overstayed their welcome; their tenure has expired. It is like Mr President has some kind of agreement with these people which we are yet to know; perhaps it may manifest in 2023, otherwise I see no reason he should continue to keep them, despite their poor and dismal performances. Mr President should listen to the yearning of Nigerians and allow the service chiefs to go. His decision to continue to retain them amidst poor performance is in violation of the constitution.

For you to aspire to be president, governor or any other political office in Nigeria, you must have a blueprint of what you want to achieve. But many are just in power without any idea of what they want to do. That is why many of them cannot enumerate their success story or what they have been able to achieve either in the past five years or one year in office. In this era of lockdown, people are being killed in Irigwe land in Plateau State; nothing is being done by the state and the Federal Government. If there is any change, it is a very negative change.

The PDP also has its own problems especially over the caretaker committee put in place to steer the affairs of the party in various states. What is your party doing to put its house in order?

I don’t like what is happening in the PDP but there are more problems in the APC. However, looking at Plateau State, for example, let alone I will say there is no problem in Plateau PDP because the caretaker committee was put in place by the national body of the party. You cannot come to your state and begin to fight the executives that had been so conscripted by the National Working Committee (NWC) of the party, Of course, the COVID-19 problem is like a war situation and in such a situation, you just have to change some of the rules to able to meet up to your survival strategy and the party, in its wisdom, sat and decided that all states in the country that have not conducted state congress should have caretaker committees and the number differs from state to state based on their peculiarities. Like in Plateau, some group of party members just constituted themselves into a caretaker committee. As far as I am concerned, there is no problem in Plateau PDP because these people that constituted themselves into parallel executives cannot attend national meeting and every correspondence goes to those constituted by the national body of the PDP. But in politics, people would wish to be heard, recognised. I believe there are better ways that they can be heard but not by constituting yourself into parallel state executives. However, I am not against anybody going to court to seek redress when he or she felt that he had been shortchanged or injustice had been performed. But to constitute yourself into parallel executives can never be accepted.