•She wants divorce ‘cos I didn’t send her money —Husband 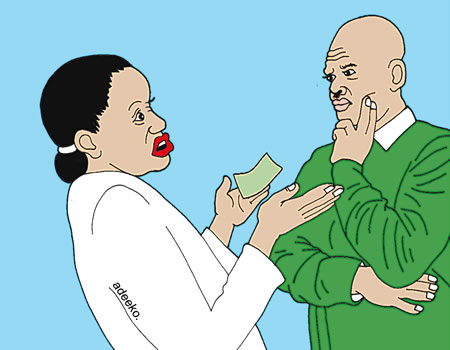 A businessman, Alhaji Haruna Musa, has told a Sharia Court sitting in Magajin Gari, Kaduna State that his wife of 14 years wants divorce because he didn’t send her money for a relations wedding.

Musa explained to the court that he tried his best to always please his wife but that she always found fault in all that he did.

“I provide for her. It is selfish of her to ask for the dissolution of our 14-year-old marriage because I delayed in sending her money when she travelled for a family member’s wedding.

“I explained to her that I didn’t have money and she threatened not to call me again. In fact, she left my house for over five months after that and upon receiving the court summons, I divorced her yesterday,” he said.

Earlier, Aisha Sagir, through her counsel, Abdulmajid Isah, stated that she was seeking the   dissolution of their marriage, adding that she was willing to pay back the N10, 000 dowry Musa paid as her bride pride.

Isah stated that Aisha did not have any child with Musa.

After listening to the parties, the judge, Murtala Nasir confirmed the divorce as earlier stated in the court by Musa.

“Since you have divorced her, we will only affirm it,” he held.