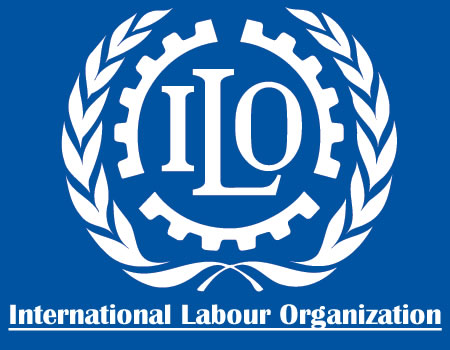 Mr Dennis Zulu, ILO Country Director to Nigeria, said this at a two-day Interactive Session for Nigeria Delegation to the International Labour Conference (ILC) on Tuesday.

The two-day interactive session was organised in Abuja by the Nigeria Labour Congress (NLC) in collaboration with the ILO.

The News Agency of Nigeria (NAN) reports that the 106th Session of the ILC which holds in Geneva will start from June 5th to June 16, 2017.

Zulu said that the meeting, which was organised for government, employers and workers, was imperative for them to deliberate on issues that are germane for the peace and development of the country.

“The interactive meeting calls for speaking and listening, disagreeing and agreeing, exchange of knowledge and information, sharing of suggestions and experiences.

“This is all for the purpose of reaching common and acceptable objectives that will be beneficial to all parties, if we have respect for one another views and operates within agreed guiding rules.

“In spite of these differences it will be most delighted to see all partners take common position on issues that would benefit Nigeria at the ILC,” he said.

The ILO country director called on the constituents to see the meeting as an opportunity to carry out self appraisal with a view to repositioning Nigeria to face the challenge of the time.

He noted that some of the key issues to be discussed include Labour Migration, Employment and decent work for peace and resilience, review of the strategic objective of fundamental principles and rights at work.

He also said that the report of the Committee of Experts on Application of Conventions and Recommendations would be submitted at the meeting.

Zulu, however, said that the ILC would offer countries the opportunity to tell members how they are fairing and the way forward.

“I have no doubts that following this interactive meeting that Nigeria will make solid contributions to the success of the ILC.

“Let me remind all, that this meeting is a preparatory meeting for the ILC.

“So, it is not just an important subject but a priority for Nigeria to be able to work together in unity for the implementation of Decent Work Country Programme in the country,” he added.

Sen Chris Ngige, Minister of Labour and Employment, said the time has come for Nigeria to harness its potential toward developing a common position at the ILC in the interest of the Nigerian people.

Ngige, who was represented by Mr Abiola Bawa, Acting Permanent Secretary, said the country has enjoyed the support of ILO and as partners in progress, saying the country is seeking better ways to implement ILO conventions.

He said the ILO has provided both technical and financial support to the Ministry to ensure that the country’s social obligations are met to the various stakeholders.

“Since the last ILC in 2016, a lot has been achieved on the home front by the various stakeholders.

“Various guidelines and policies have also been made, it is therefore the time to harness the positive energy and efforts and contributions made in this direction.

“So, we must articulate a robust position for Nigeria to showcase at the 106th session of the ILC, Ngige said.

Mr Ayuba Wabba, NLC President said Labour leaders must continue to canvass for issues of decent work, social protection, among others for workers in the country.

He said that the implementation of the Application of Labour Standards was important as it would be beneficial to all the parties.

According to Wabba the workshop was an opportunity for all to equip themselves as active participants at the ILC.

He urged all to use the opportunity provided by the NLC to acquire more knowledge, more skills and participate effectively in the committees at the ILC.

“Because the issue of effective participation has been a major challenge over the years.

“The ILC provide an opportunity for the cross fertilization of ideas and look at country by country situation especially, the application of Labour standards around the world, compare statistics and best practices.

“This is also an opportunity for us to canvass that the tripartite system should continue and be respected,” he said.

He commended the Federal Ministry of Labour and Employment for driving the process at looking at all obsolete labour laws in consonance with the last ILC.

The NLC President added that we need to work on those laws which are old as a tripod before they are submitted to the National Assembly.

Earlier, Mr Bobboi Kaigama, President, Trade Union Congress (TUC), urged the stakeholders to see the interactive meeting for the preparation of the ILC as a serious business.

Kaigama said ILC in Geneva should not be seen as a place for jambore but rather a place where issues affecting workers, government and employers can be tabled with result oriented.