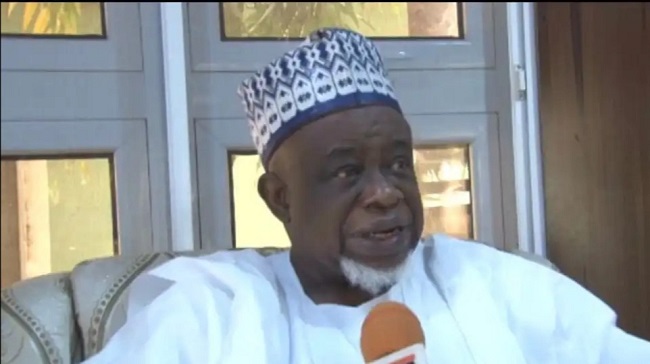 The Emir of Birnin Gwari, Alhaji Zubairu Jibril Mai Gwari II, has spoken on the attack on his convoy saying if the bandits are in his domain because of gold deposits let them explore it and leave the people alone.

Speaking with BBC Hausa service after the attack, the monarch who gave an insight on the attack said he was invited to a meeting in Kaduna by the state governor.

“At the last minute, I decided to ask for relief from the Nigerian Air Force. They were the ones who brought me to Kaduna that evening. That’s how God made it.

“I was not in the car but it is clear that the bandits targeted my car, and Allah protected my driver and my orderly. Only my car got some bruises.

“But clearly the aim was to kill us. If you see the bullet holes on my car, on the windscreen and the side where I usually sit, the aim was clearly to kill us, by the Almighty decided otherwise.”

Going down memory lane, the first-class monarch explained how the bandits dominated his domain.

He said bandits were in his area since 1994, saying they started with cattle rustling and later graduated to armed robbery and now kidnapping

“At a point, anytime our people were travelling, they will keep some money in their pockets. If you fail to give them money, they will beat you to escape the armed robbery.

“They later considered that not enough and they had finished rustling the cattle. So they took the kidnapping,”.

Lamenting further he disclosed that for the past 20 years there was no meaningful project in the area because anytime they wanted to cite a project they would say there is no peace.

“Our people are law-abiding and peace-loving. But these bandits have changed our story.

“Some are saying it is because of the gold deposits that we have, if that is the case why didn’t they explore the gold and leave the people alone?

The surprise visit made on Friday night by the leaders of the ruling All Progressives Congress (APC) to former President Goodluck Jonathan at his residence in Abuja triggered a stir in the major political camps, resulting in at least four possible theories…If it is gold they want  If it is gold they want