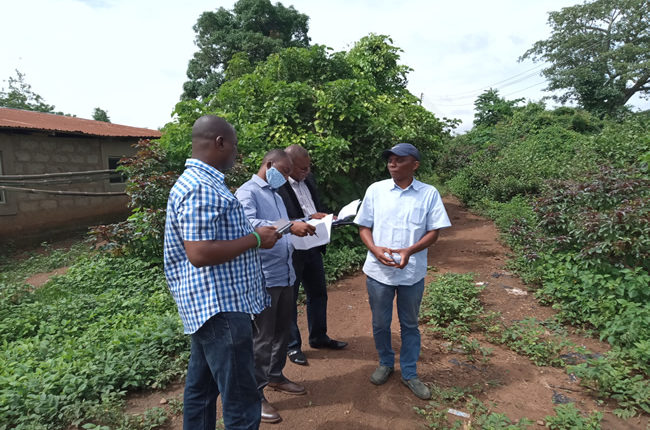 Chief Superintendent, ICPC, Oyo State, Mr David Oluwole who led other management and personnel from Ogun/Osun River Basin to Orire Federal Constituency, Ogbomoso area of Oyo State where they tracked some of the projects actualised.

Speaking after assessing some of the projects, Oluwole said it was sad that people in the rural area were living in deplorable conditions.

He noted that the people were not enjoying the dividends of democracy, as there was no proper care for the people living in such an environment.

He said: “We will be tracking about nine different projects but so far, some of the completed works are in Ajinapa Water Scheme.

“I think the expectation is met as I can see so far, people are really living in deplorable condition with particular reference to a water supply.

“People are not enjoying the dividends of democracy which they are supposed to enjoy.”

Meanwhile, Head of Construction Unit, Ogun/Osun River Basin. Engineer Anthony Balogun said the project of Ajinapa water scheme was domiciled in their appropriation in 2012 and immediately they started the procurement processing where all the necessary documentation was done.

According to him, the project was Federal Government intervention to the Oyo State government.

The consultant engaged by ICPC to undergo verification of the exercise include Centre for Professional and Organisational Ethics (COPE-Africa), Nigeria Institute of Quantity Surveyors.