As Ogboru declares 'my time has come' 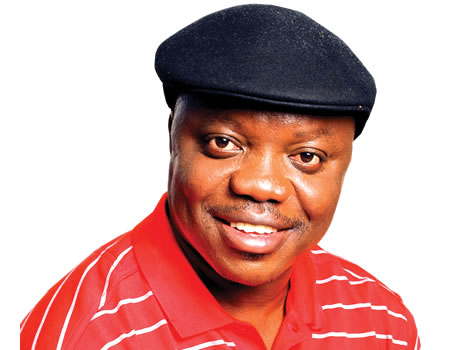 THE immediate past governor of Delta State and Delta South Senatorial candidate of the All Progressives Congress (APC), Dr Emmanuel Uduaghan, has advanced further reasons he defected from the Peoples Democratic Party (PDP) last year.

He said he did so because his successor, Dr Ifeanyi Okowa, does not listen to good counsels.

He frowned at a situation where a former governor of his status with a great pedigree in PDP, would offer pieces of advice and it would be ignored and trashed.

He reiterated that Chief Ogboru has shown that he is a good friend of the Itsekiri people and that is why he is teaming up with him and APC.

The former governor charged the Itsekiri and Ijaw people to vote for APC at all levels, noting that President Muhammadu Buhari, within a few months of their request that the Warri Seaport be revitalised, has started the dredging of Excravos river which has been a major challenge to big vessels coming to Warri port.

Uduaghan, while referring to Ogboru as the incoming governor of the state, said; “Excellency, I know when you get to the Government House, you will listen to me because some people in the state failed to listen to me and I am too big to be in a place where they won’t listen to me.

“By your actions so far, you have shown that you are a friend of the Itsekiri people; those who think they can do without us, we leave them to God.

“We begged that the remaining 5km Koko road dualisation be completed, but nobody listened to our plea.

“The Koko Forshore contract awarded to someone in the state’s ruling PDP through NDDC abandoned it until PMB came, now work has begun, though at a slow pace,” he enthused.

Uduaghan flayed the Okowa government for scrapping the payment of WAEC fees for Delta students.

He said that he was sad recently when he saw a church raising offerings to pay WAEC fees for five students whose parents could not afford to pay.

The former governor, who initiated a programme known as ‘Edumarshal,’ to get poor children out of the streets, said “our children must be in school and the ‘Edumarshal’ programme must be continued by our incoming Governor Chief Great Ogboru because I am very passionate about education.

“So, when you come in on March 2nd, this should be one major focus area for you.”

On his part, the Delta State governorship candidate of APC, Chief Ogboru, has assured Deltans that his administration will give local government councils all monies accrued to them to speed off the desired development at the grassroots.

Chief Ogboru gave this assurance when the Delta State APC Campaign Organisation visited Koko and Oghara the headquarters of Warri North and Ethiope West local government area of the state.

“My job as Governor of Delta State is to distribute the state resources equitably and provide infrastructural development across the state.

“We are also going to give light because when there is light, people who are hiding under darkness will run away.

“Sometimes ago, we always won the elections, but were being cheated, but our time has come.

“The time has come to move the state forward. The time to liberate our state has come,” Ogboru declared.