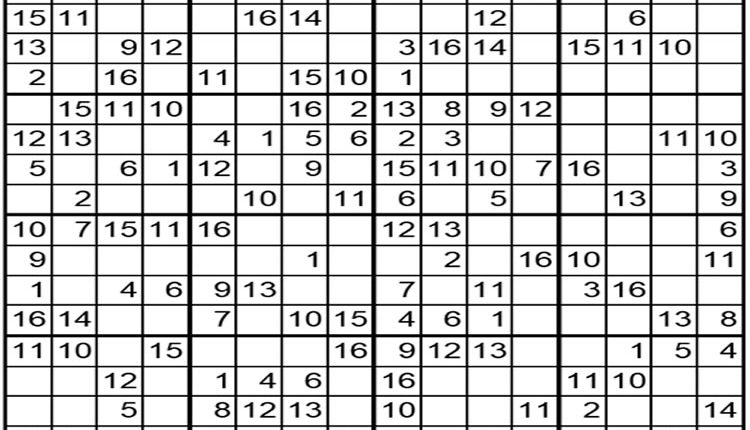 Sudoku is an addictive game which is enjoyed by both the novice and the expert players. Thankfully, when you play Sudoku online, you get to decide the level in which you want to play.  This way you can keep challenging yourself with a new set of Sudoku games again and again as well as increasing level from Easy to Evil. Many people have this wrong assumption that Sudoku requires arithmetical skills. However, that is not the case. If you are a logical human being, Sudoku is for you. If you have been playing Sudoku for quite a long time and now want to play Sudoku like a pro, you are at the right place. With the tips and tricks that we will be sharing, you can surely master Sudoku with a bit of practice.

Not all the techniques can be applied in all the Sudoku games. However, if you keep practising regularly, you will have a fair idea about which technique you should apply in a particular game. Without much ado, let’s begin.

In this technique, you need to choose the digits by using your solving technique to eliminate other candidates. The easiest way to find the naked single candidate is through pencil marking. If you are not using a pencil, you will need an extremely sharp memory to remember where the single digits are available. When you use a single, it becomes extremely easy to spot a single digit.

Naked pair consists of two identical candidates in a column, row or a grid. One will see naked pairs often. When you have a naked pair, it is safe to eliminate those two digits from all the remaining space in the row, column and grid.

Just as the name suggests, naked triplets refer to three numbers which can appear in the three cells. However, like naked pairs, all three numbers need not be the same. Mostly, two numbers will be common. Getting confused? Well, here’s an example to explain to you better. If in three different cells of a column, the following pair appears: 5 and 6, 6 and 9, 5 and 9, you can say that 5,6 and 9 belong to naked triplets. These digits will occupy these three cells. It is, therefore, to eliminate these digits from all the remaining spaces of another column, row and grid.

4. Eliminate whatever you can

When you eliminate the options available in Sudoku, you actually get closer to solving the answers. The best way of eliminating the numbers is by writing all the digits from 1 to 9 in a tic-tac-toe manner. Now abiding by the rules of Sudoku, keep erasing or crossing the digits from that particular row, column or row. With this technique, you can also find naked pairs and triples easily. Further, it gives you a clear view of all the options which are available for a particular cell in the grid.

You can become a master or pro of the Sudoku game only if you practice playing this game everyday. If you really want to play like a pro, we would advise you to play 2-3 Sudoku games daily. For giving a slight variation to the game, you can keep changing the levels of it. Further, when you will play it every day, you will become an expert in playing the game by applying the techniques in the blink of an eye.

6. Use a timer to play Sudoku

As already said, Sudoku is a game of logic. Therefore, there is a fair chance that if an unlimited amount of time is given to the player, they will solve Sudoku eventually. The question is will that make someone a pro player? Of course, not. A pro Sudoku player is the one who can solve the puzzle quickly. So, time is of the essence here. Therefore, when you play Sudoku, start with a timer. Keep noting your time and see whether you are progressing or not. Once you see a substantial improvement, you can challenge yourself by setting the timer to 5 minutes or less for completing a game.

It is important to not give up on a Sudoku game. Unlike card games, there is always a solution in Sudoku. Challenge your mind and apply all the available techniques to win it. The not quitting attitude will help you in going a long way in mastering Sudoku.

How To Block Someone From Using Your WiFi?

Can you make money with slot games and how?