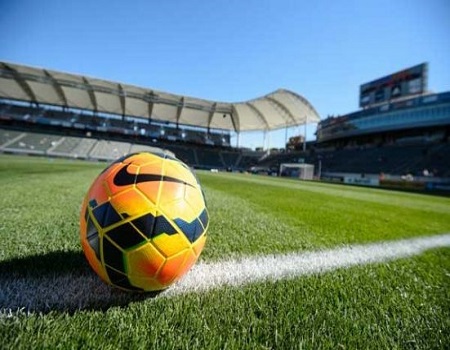 The Premier Soccer League (PSL) in South Africa has emerged as one of the top leagues in the continent as it continues to enjoy stability in its management as well as a huge following and top-notch broadcast deals. In the recent weeks, Dr Irvin Khoza was elected to continue leading the league in a big vote of confidence and off the pitch, things are moving just as smoothly as on the pitch.

It is heading to Match Day 4 of the PSL season and the league champions, Mamelodi Sundowns, have already showed intent of going for their 11th league title. Even after seeing long serving manager Pitso Mosimane walk out, the team hasn’t missed a beat in the league. With their profile, as well as those of Kaizer Chiefs and Orlando Pirates’, the South African league is well on the world football map and is normally listed among the top betting platforms with expert predictions and betting tips (from Sportytrader) profiling it and the matches regularly.

Going to Round 4 of matches, quite some focus will be on the Black Leopards versus Maritzburg United game, with the two sides the only ones yet to pick a point after three rounds in the season. It has so far been tough for the sides but this game presents a big chance. Generally, the league has not produced a lot of goals and these two sides have some of the lowest attacking rates to show. Leopards have scored just one goal in three matches, while Maritzburg have scored two and there is no much promise that this will turn a high scoring clash, even though we expect both sides to go all out and try to win.

Kaizer Chiefs will also attract a lot of interest when they make the trip to Durban to take on Golden Arrows. Chiefs have had it tough both on and off the pitch, with a FIFA ban on transfers for two windows as well as a difficult start to the season. They suffered humiliating defeats in the MTN8 Cup to arch rivals Orlando Pirates and have conceded eight goals in their last five matches, while scoring just one. Golden Arrows, on their part, are still unbeaten in the league and with five points. They will be well motivated for this game though they haven’t managed to keep a clean sheet so far. In the state of their defence, we can back both teams to score here.

Stellenbosch are among the teams still seeking a first win in the league and will hope that comes against Chippa United, who got one against Maritzburg last time. Stellenbosch fell 1-0 to SuperSport United before the international break, making it seven winless matches. What has hampered their rise here is that in 15 league matches, they haven’t managed to score more than a goal. Chippa United, on their part, made a big leap with a 3-1 win over Maritzburg United. This will be the fourth meeting between the two sides in the Premier Soccer League and all the previous three ended in draws. Both sides have one win apiece in their last six meetings and those came in the second tier; the teams have produced under 2.5 goals in each of the last five meetings. Looking at their starts to the season, and backed by recent head to head performances, another draw seems likely.

The biggest game of the weekend will see Orlando Pirates host SuperSport United in Johannesburg with just a point separating the two sides. Pirates have a win and two draws in their opening three league matches but they are on a nine-match unbeaten run across all competitions. They have three straight wins in their recent matches and they will feel the run is right for them, having kept three straight clean sheets as well. SuperSport have not been very convincing of late; they are coming from a 1-0 loss to Bloemfontein Celtic in the MTN8 Cup and also lost 3-1 to Golden Arrows earlier in the league. With Pirates doing well both in defence and attack, they will be firm favorites here and a 2-0 win for the hosts could pass here.

Moroka Swallows have had a flying start on their return to the PSL; in their opening three matches, they remain unbeaten and in third place. In their last match, they trounced fellow promoted side TTM 2-0 and they have another newly promoted side to deal with in the next game – TS Galaxy. Their win over TTM was the second straight after earlier beating Bloemfontein and also marked a 10th straight game without a loss. Swallows look like a very organized side and have two straight clean sheets while they have scored in each of their league games. TS Galaxy are also unbeaten in the league so far but have two points lesser than Swallows. They have also not conceded in the last two games but failed to score in the last. In their two meetings in the second tier last term, each side won once and going to this game, Swallows, with a nine-match unbeaten run at home, and six clean sheets in the process will be firm favorites. A win for them will be good pick here.

Mamelodi Sundowns have held on to their status as one of the big boys of South African football and they don’t seem to have missed influential manager Pitso Mosimane. They have gone about their business well even after the gaffer’s departure and are top of the league, where they have been for the better part of the last three seasons. They take on a rebranded AmaZulu side that has struggled a bit in the opening matches but found their footing on Match Day 3. AmaZulu have tasted victory and defeat and have also drawn, while they meet the table toppers, who have two wins and a draw. Sundowns have the best defence so far, having not conceded a goal, and have the second best scoring form, with five goals so far. AmaZulu have lost each of their last three meetings with Sundowns and in the champions current form they are favorites to hit at least two goals.

Cape Town City were the latest to taste Sundowns’ wrath, going down 2-0 in their last game. They will be taking on winless Bloemfontein Celtic in their next game as they gun for a second win. On their part, Celtic seem to be giving a lot of prominence on the MTN8 Cup than the league. They have no win so far in the PSL, but are unbeaten in the cup competition and are set to meet Pirates in December after beating SuperSport United in the previous round. In the PSL, they are among the sides yet to register a win, losing the last two and drawing their opening game of the season. They don’t seem to have what it takes to beat Cape Town City on the road, heading to the game on eight straight winless away outings.

The last of the weekend’s matches will see the high flying Baroka taking on newly promoted TTM. Baroka conceded very late in their last game and missed the chance to be the only team with three wins in three. Still, they are enjoying their best ever start to the PSL and being joint in points with Swallows and Sundowns is enough encouragement. TTM bought their place in the top flight and seemed to have settled in well after drawing their opening two matches, including one with Sundowns. However, it went downhill in their last match, as they fell 2-0 to Swallows. It will definitely be tougher against Barioka, who seem to have bought into new coach Thoka Matsimela’s ideals, having replaced the now sacked Dylan Kerr.

Reps Ask Presidency To Reduce Political Office Holders’ Salaries
The leadership of the House of Representatives on Thursday urged the presidency to accede to public outcry for the reduction of salaries of political office holders in the country. Chairman, House Committee on Media and Public Affairs, Hon. Benjamin Kalu who gave the House position during his weekly press briefing on the ongoing 2020 budget performance and 2021 budget defence…

One Out Of Five COVID-19 Deaths In Africa Linked To Diabetes — WHO
The World Health Organisation (WHO), says nearly one in five COVID-19 deaths in Africa is linked with diabetes, according to a study. WHO disclosed this in a statement issued on Thursday from its Regional Office for Africa, Brazzaville, Congo. According to the statement, WHO finds out that 18.3 per cent of COVID-19 deaths…

Africa’s COVID-19 Cases Surpass 1.9m — WHO
The World Health Organisation (WHO), Regional Office for Africa in Brazzaville, Congo, says there are over 1.9 million confirmed COVID-19 cases on the African continent. The UN health agency on Thursday gave the update on the WHO African Region COVID-19 Dashboard…

Africa’s Digital Economy To Grow To $180 Billion By 2025 – Google, IFC
Africa’s Internet economy has the potential of reaching $180 billion or  5.2 per cent of the continent’s Gross Domestic Product (GDP) by 2025, according to a new report, e-Conomy Africa 2020, released by Google and the International Finance Corporation…

Nigeria’s $1.7bn Suit Against US Bank, JP Morgan, Over Oil Deal To Go To Trial, London Court Rules
A lawsuit launched by the Nigerian government against US bank, JP Morgan Chase, claiming over $1.7 billion for its role in a disputed 2011 oilfield deal, will proceed to trial, London’s high court ruled on Thursday, Reuters reported. The suit, filed in the English courts in 2017, relates to the purchase of the offshore OPL 245 oilfield in Nigeria by oil majors, Royal Dutch Shell, and Eni in 2011, which is the subject of an ongoing trial in Milan, Italy…

US Weekly Employment Figure Drops By 48,000, Says Report
Unemployment claims in the United States fell by 48,000 in the week ending Nov. 7, according to the Department of Labour. The data came in the “Unemployment Insurance Weekly Claims” report published by the department on Thursday. It said 709,000 people filed initial weekly unemployment claims during the period compared to…