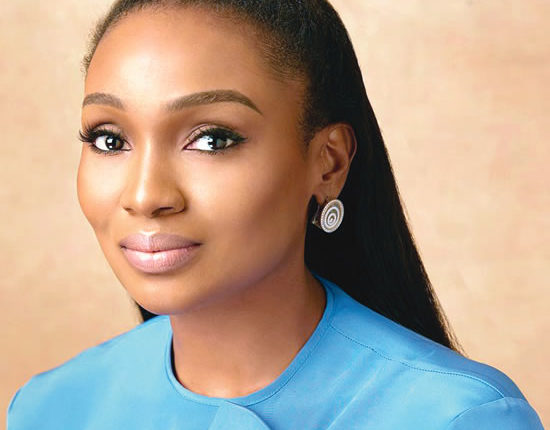 Being part of a conglomerate comes with a lot of benefits some of which are access to lush capital, leveraging the goodwill of other members of the group as well as enjoying the advantage of economies of scale. That was the experience of Oceanic Insurance Limited, a subsidiary of the former Oceanic Bank International.

The company started very well and within a few years of operation became a force to reckon with in the nation’s insurance industry as its profile rose sequel to its involvement in leading businesses mostly facilitated by the flagship of the group, Oceanic Bank International.

However, following the 2009 joint audit of the Central Bank of Nigeria (CBN) and Nigeria Deposit Insurance Corporation (NDIC) which indicted the erstwhile Managing Director/CEO of Oceanic Bank International, Dr. (Mrs) Cecilia Ibru, with her being subsequently sentenced to 18 months imprisonment and ordered to forfeit assets worth $1billion, the leading insurance company ran into troubled waters, which affected its liquidity and viability and eventually culminated in its being taken over by Old Mutual Plc, an international investment and insurance group.

It was not only Oceanic Insurance that suffered from the calamity that befell Oceanic Bank with the fall of Mrs. Ibru, other subsidiaries such as Oceanic Registrars, Oceanic Trustees, Oceanic Custodians, Oceanic Homes, Oceanic Securities and Oceanic Asset Management Limited all went under with the flagship of the conglomerate. To many observers, this was not exactly surprising given the way the companies were structured.

Bank PHB sneaked into the consciousness of Nigerians after the merger of Habib Bank and Platinum Bank. The bank had an aggressive expansion plan as it established itself in other African countries, opening branches in The Gambia, Liberia and Sierra Leone. It later acquired Orient Bank of Uganda. It also established a number of subsidiaries, including Insurance PHB Limited, Mortgages PHB Limited, PHB Asset Management Limited, PHB HealthCare Limited and Platinum Capital Limited. In the years before 2009, all of the subsidiaries were doing quite well.

However, the turn of event which forced the parent company under also sounded the death knell for the subsidiaries. Because the subsidiaries were too dependent on the group’s flagship, they could not stay afloat when it went down. The failure of one turned out to be the downfall of others.

This is not peculiar to Nigeria. Across the world, the liquidation of a member of a conglomerate sometimes results in the sinking of the group.

By mid 1990s, the Daewoo Group was the second largest conglomerate in South Korea. From a humble beginning in 1967, it grew to become a multinational with annual sales in the region of $60billion and offices in 85 countries. By 1997, the group was rated the 18th largest corporation in the world. The Group consisted of 24 companies, including Daewoo Shipbuilding, Daewoo Telecom, Daewoo Engineering and Construction, Daewoo Electronics, Daewoo International, Daewoo Heavy Industries and Daewoo Securities. Daewoo Motors was the group’s flagship.

Daewoo’s founder, Kim Woo Choong, was driven by the vision of turning the group’s flagship into the world’s number one automobile company. So, he embarked on an ambitious expansion programme anchored on acquiring struggling automobile companies, opening assembly plants in as many developing countries as possible and producing low-cost vehicles to gain market share. It went ahead to open plants in a number of countries and rolled out its brands. To get an easy buy-in from the countries, he promised to create job opportunities. He also took bank facilities to drive the expansion programme.

However, shortly after the commencement of the expansion programme, Daewoo Motors ran into trouble. Its over estimation of demand for cars in many of the countries where it set up assembly plants as well as other unforeseeable factors did the company in. For instance, Daewoo opened its assembly plant in Vietnam in 1993. But a year later, the country’s economy was in recession, which resulted in a 30 per cent reduction in the demand for cars. It also acquired the government-owned assembly plant in Poland with a promise to the Polish government to inject fresh funds into the company and create 20,000 new jobs. But it could not create the employment opportunities as promised because demands were lower than expected.

So, in many of the markets the auto manufacturer expanded to, there were issues which made the ventures largely unprofitable. That was the beginning of the woes of Daewoo Motors. It got so bad that the company was not just amassing losses but also piling up debts. For the financial year ending 1999-2000, Daewoo generated revenues of $197.8 million and a net loss after tax of $10.43 billion, while its domestic and foreign debt amounted to more than $16.06 billion as of December 1999.

The unending appalling performance, coupled with the Asian financial crisis of the late 1990s, compounded the woes of Daewoo Motors and the company went under as it was declared bankrupt. It was eventually acquired by General Motors, which replaced the Daewoo brand with Chevrolet in South Korea. But the company did not sink alone; it took along with it other members of the group because the companies in the conglomerate were too intertwined to be immune to the happenings in other group members even if located on other continents. This is what is known as the butterfly effect.

In Chaos theory, the butterfly effect is the term used to explain the situation in which a slight change in an element can ignite a huge effect in another element in a deterministic nonlinear system. Proponent of the theory, Edward Lorenz, explained that this is usually possible because of sensitive dependency of the elements on one another. According to him, the flapping of the wings by a butterfly, which is nothing but a minor perturbation, can trigger a hurricane several weeks later.

Applied to conglomerates, the butterfly effect points to sensitive dependency by members of the group on one another to the end that what happens in one has telling implications on other members.

Running a closely-knitted conglomerate has tremendous benefits especially with regards to economies of scale and economies of scope. The former refers to lower relative costs enjoyed by the group because of its size, while the latter is about the advantage of complementary services available within the group. These advantages are possible because in most cases, activities are centralized. Instead of each of the subsidiaries having its own legal or accounting department, they all rely on the same set of lawyers and accountants. What’s more, they also engage the same external auditors. All members in the group get their supply from one company; they all deal with the same set of organizations.

Here lies the major defect of a conglomerate. The centralization of the group’s activities is the undoing of many conglomerates because it leads to the sensitive dependency syndrome which extends the calamity that befalls a member of a group to every organization in the group.

The Medici Bank, which was started in 1397 in Florence, Italy, by Giovanni di Bicci, opened foreign offices in Geneva, London, Avignon, Lyon and Bruges. But the founders of the bank adopted a method that insulated each of the branches from the activities of others. Each of the branches was semi autonomous. Although the group had common ownership, none was tied to the apron string of others. This became helpful when some of the foreign subsidiaries of the bank suffered heavy losses due to unscrupulous behavior and incompetence of their managers. Rather than the group going down, it was each of the affected branches that went down and left the group intact. Because the branches had no sensitive dependency syndrome, the group remained afloat long after the branches that were poorly run had gone under.

To avoid the misfortune of a subsidiary threatening the fortune of other companies in a conglomerate, it is essential to make each of the companies independent of others. While there may be common ownership, it should be understood that each of the organization is an entity on its own and should remain so. While the trend in the corporate world is to ensure that people of high integrity are given key responsibilities, it cannot be guaranteed that employees will always be above board. So, instead of allowing the indiscretion of some people to bring down a business empire, it is always better to institute a system that will insulate other group members from the effect of any unwholesome development in a subsidiary.

It is important to allow each subsidiary to operate independently; compelling companies in a group to deal with the same service providers leaves room for abuse and makes the detection of underhand dealings difficult.

Let each subsidiary have its own board

Allow subsidiaries to run on their own

Having conglomerates run as confederates with the subsidiaries having separate legal structures, independent boards, the latitude to be creative and a nod from the Group Chairman for them to conduct all inter-company transactions at arm’s length, will not only protect the groups from the butterfly effect, it will also ensure the optimization of the opportunities in each of the industries where they operate.

The best way to prepare for a calamity is to prevent it.