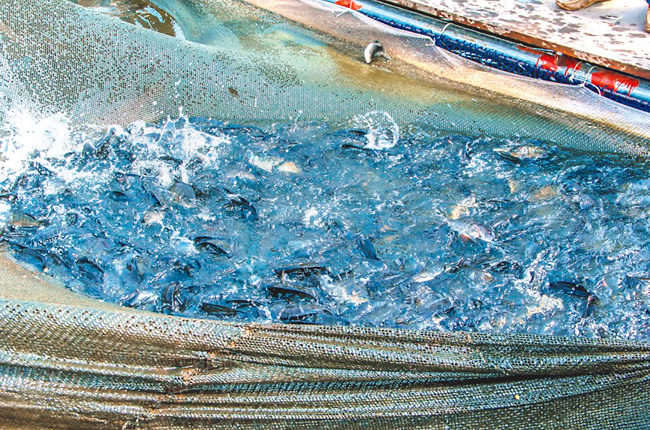 AGRICULTURE is crucial to the growth and development of every country because no nation can survive without food, hence, the need for food security.

This is one of the reasons federal and state governments in Nigeria are paying attention to agriculture.

One of the key areas through which government is paying attention to agricultural revolution in Nigeria is Agro-Processing, Productivity Enhancement and Livelihood Improvement Support (APPEALS) Project.

APPEALS Project, a six-year project, which is expected to run between 2017 and 2023, is a World Bank assisted project, implemented through the Federal Ministry of Agriculture and Rural Development in six participating states of Cross River, Enugu, Kaduna, Kano, Kogi and Lagos.

The project is in line with the Agricultural Promotion Policy (APP) 2016-2020 of the Federal Government, also known as the Green Alternative, which is built on the legacy of the Agricultural Transformation Agenda (ATA) and plans to support policy thrusts on food security, local production, job creation and economic diversification.

Among the six participating states in Nigeria, Lagos APPEALS has done a lot towards achieving the objective of the project, which is to enhance agricultural productivity of small and medium scale farmers and improve value addition in poultry, aquaculture and rice production.

Since the commencement of the APPEALS Project in Lagos State, the State Project Coordinator, Mrs. Oluranti Sagoe-Oviebo and her team have been committed to enhancing agricultural productivity of small and medium scale farmers, especially those in the three value chains.

Today, Lagos APPEALS project has a lot of success stories to tell the world about how its intervention in the agricultural sector has impacted lives of thousands of farmers in Lagos State.

The testimonies from beneficiaries of the APPEALS Project during a recent on the spot assessment are true testaments of how Lagos APPEALS has impacted farmers in the State.

Speaking during the on-the-spot assessment, members of some Community Interest Group (CIG) and individuals under the Lagos APPEALS Project spoke passionately on how the intervention by Lagos APPEALS has changed their stories positively.

A member of the Isokan Cooperative Agricultural Multipurpose at Agbowa-Ikosi in Ikosi-Ejirin Local Council Development Council (LCDA), Mr. Ademola Subair, disclosed that Lagos APPEALS has brought succour and relief to his CIG, which is made up of seven male and three female

Subair, who has been in fishing business for six years, said: “Lagos APPEALS assisted us with cage culture, which has helped us in raising fishes to marketable sizes. We embraced the cage culture system and it has been encouraging to us. This is more economical than fish pond because you don’t need to change the water. They grow faster because they feed from natural feeds. Lagos APPEALS introduced all male Tilapia to us and the market is encouraging. The male Tilapia grows faster than when you have mixed sexes.”

Also speaking, a member of the CIG, Mrs. Olofin Zaynab, who has been in the fishing business for about five years, also appreciated Lagos APPEALS project. “We appreciate Lagos APPEALS. They have done so much for us. Through their intervention, we now rear Tilapia. We were trained on the Tilapia production technology and we then submitted a business plan through which we were empowered to raise Tilapia. We don’t have problem getting our fish to the market because Lagos APPEALS project has linked us up with off-takers at the inception during the technology adoption. So what we have in place is a business alliance with off-takers and the local market is equally available to off-take,” she said.

It was also success stories at Epe as those in the fishing business spoke passionately on how Lagos APPEALS project intervention has added value to their business.

Mr. Rahmon Lasisi, who owns a fish farm in Epe, said he has been in the fishing business for 10 years but started the cage culture two years ago through the support of Lagos APPEALS project.

The intervention of Lagos APPEALS project in the fish business has also been an advantage to those selling fish in Ebute-Afuye and the popular Ebute-Chief market in Epe. A fish seller, Toyin Olorunwa, who usually buys large quantity of fish from Lasisi’s farm on daily basis disclosed that she made average of N5,000 to N10,000 daily.

“I buy and sell Tilapia and Catfish every day. I have been buying fish in large quantities from this place (Lasisi’s farm) in the last two years. I usually buy 40 to 80 kilograms of fish every day. People buy the fish regularly in the market. In fact, they always rush the Tilapia fish. I sell Tilapia faster in the market and I do gain N5,000 to N10,000 from N20,000 stock of tilapia on a daily basis.”

She said: “I have been a fish farmer for 16 years. I was trained by Lagos APPEALS on how to make fish barbeque and other things and was supported with a solar-powered kiosk in December 2020 to start fish barbeque. The business is profitable. It has helped us in off-taking some of the products of the farmers. We usually take fish from fish farmers and chicken from poultry farmers. Fish grilling and barbeque is elitist taste. So, it has been embraced by the youths and since we started, they have been coming. They enjoyed it. I have many staff, who works on morning and night shifts.”

Apart from its success stories in the aquaculture, Lagos APPEALS has also impacted farmers positively in the Poultry business.

Speaking during a visit to his poultry, Mr. Olaoluwa Falade, a member of God’s Own Community Poultry with eleven members, who has been in the business for three years with about 10,000 birds, disclosed that Lagos APPEALS project through its massive support has contributed about 95 to 98 per cent of his success story.

He said: “We are one of the beneficiaries of the APPEALS Project. It has helped us to move up. Lagos APPEALS assisted the group with  7,700 broilers, 1,925 nipple drinkers; which reduced stress of feeding the birds with water in the open trough, 11 pieces 500 litres water tanks, 11 pieces 1,500 litres water tanks,1,078 bags of pelleted Broiler starter feed, 539 bags of pelleted finisher feed, scaffolding works and medications.

“We don’t have problem in selling our birds. We have off-takers who come here with trailers to take the birds when they are ready. We have off-takers and prepared markets for our birds. We are making good sales. We are very happy and grateful to Lagos APPEALS project. We are indebted to them because the value of what they have given to us is in millions and not thousands.”

Having benefited immensely from the Lagos APPEALS project, Falade implored youths to embrace agriculture. “I can tell you that if you are not a farmer, you are nobody. Instead of roaming around with files, start agriculture to empower yourself and stop street begging,” he advised.

In the Rice production chain, Lagos APPEALS project has also supported many people, among whom is Mrs. Oluwatoyin Oluwole, the producer of Arike Ofada Rice.

Speaking about her success story, Oluwole, said based on the support from Lagos APPEALS project in terms of equipment and other efforts, Arike Ofada Rice is now available in supermarkets and online platforms like Jumia and Jiji.

She said: “I started ofada rice business seven years ago, 2014. When I started, I imported necessary machines and tools for the business. But the production was very slow as I only process a ton of rice for three weeks. But with the intervention of Lagos APPEALS project, I now process a ton of rice within three days.

“The intervention of Lagos APPEALS project has helped my business. It has made production easier. Initially, we were not able to enter the high-end market but with colour sorter from Lagos APPEALS, Arike Ofada Rice is now in supermarkets and other markets. People now order our rice through online platforms like Jumia and Jiji.”