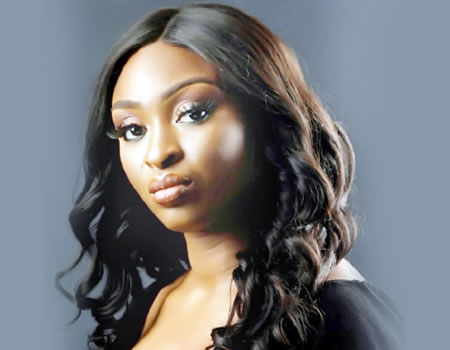 Dr Ola-brown Orekunrin is the Managing Director of the leading air ambulance company in West Africa, Flying Doctors Nigeria (FDN). In this interview by SEGUN KASALI, she speaks about the peculiarities of the business and some other issues.

Every business has its own challenges. What are the challenges you are facing in the course of carrying out the day-to-day running of the business and how have you been able to overcome them?

The air ambulance industry is a global industry and I think, rather than challenges, I will talk about the peculiarities in West Africa. So, we work all over West-Central Africa and we are the leading ambulance company in West Africa.

In America, only 30% of air ambulance journeys are Inter-state because only 30% of patients need to move from one state to another. Most of these air ambulances are in the same state. But as you can imagine, in Nigeria, most of our transfers are inter-state or international. So, bringing people from anywhere every day brings up a different set of emergencies.

Within West Africa, we do a lot of transfers form one West African country to the other. Within Nigeria, we do a lot of transfers. Offshore is another area of emergency, where we do offshore transfers from areas offshore to onshore and then international as well. So, these are the peculiarities. We are doing a huge amount of different evacuations requiring different sorts of aircraft, sometimes helicopter, sometimes planes, sometimes using a small medical unit that we place into the Arik aircraft, and which is cheaper than using a whole aircraft. So, these are some of the peculiarities.

Guns found on us were to protect our faction of NURTW, suspects say

Since the business is about improving healthcare system, how have you been doing this in Nigeria specifically and Africa generally?

So, the challenge in Nigerian healthcare is to do more with less and if possible, better with less. And air ambulance companies help achieve this by reducing the need to build the hospital in every single state. A well-planned sophisticated hospital can cost up to a billion dollars. Imagine if we had to do that in every single state of Nigeria, you know, it will be very, very expensive.

Our Healthcare budget is only $1 billion at the federal level. And so, what air ambulances do is to provide access by allowing many people to access the same hospital and that reduces the costs burden and infrastructural cost on the entire healthcare system.

Practically, a hospital that does 20 heart surgeries will be far better than the one that does just four in terms of costs, because the cost of an additional surgery is not that much. So, air ambulances help to centralize healthcare in one place and allow doctors to specialize in a single procedure, bringing the cost of these individual procedures down.

Besides changing the face of healthcare with air ambulance in Nigeria, what are the other innovative ways?

I have earlier described the most important way, which is reducing costs. In addition, air ambulances also increasing the quality of the healthcare and reducing the cost of procedures. These are the three sort of main ways we have been innovative and have helped establish ourselves as a major important component of the healthcare industry.

Outside Nigeria, a lot of countries have a need for specialist procedures, but obviously, somebody from chad, Mali, and Gabon, no matter how much they need, they cannot come by road in an emergency. So, air ambulances allow everybody,all our surrounding countries, to be able to access emergency care within an hour or two which in turn generates revenue for our country, which is important.

People think your business is solely for the rich, considering it being operated in a country where an average man lives below one dollar per day and cannot afford to pay for the service you render. Do you think this is true?

How has FDN been discharging Corporate Social responsibility (CSR) in Nigeria?

So, we do a few free transfers a year. For patients that can’t afford the service. Particularly, we did one last year for a young man with sickle cell who had a broken leg and needed to be transferred. It was a distance between Lagos and Sokoto and it maybe 13 hours by road if you are lucky. He was on a lot of oxygen. So, you don’t have to pack so many oxygen cylinders. If the air ambulance had broken down, by the way, God forbid, they would have been a huge problem. But wewere able to do that in just over an hour instead of whole day and this is really the sort of importance, I guess or the value the air ambulance is bringing.

How much did you spend in carrying out this CSR?

I think it was over a million naira or so.

What makes your business different from others in the industry?

Compared to air ambulance companies abroad, we do more interstate transfers than the longer transfers. By interstate I mean we cross state lines more than a lot of our counterparts in America. As earlier stated, 60 to 70% of air ambulance transfers in America are actually within the same state just moving from one state to the other. But this is because thestates of America are very big as you can spend six hours traveling by air in a particular state.

In some instances, we handle few international and regional transfers, but most American companies do International. We sometimes do International and not many American air ambulances do regional, but we have a big regional business within the region. And then also, we do longer distances, typically. And also, our mix is different. So they carry mainly illness with very little trauma. So they didn’t see as much route traffic accidents. I didn’t see as much violent trauma, they hardly ever will see anything like a bomb blast injury, they hardly ever see an injury from an armed robbery. The rates of industrial accidents is lower, we probably have more trauma, than illness compare to them.

And what is the difference between an air ambulance and a private jet?

The two differences between a normal aircraft and an air ambulance are the personnel and the equipment. Where an air ambulance has the medical personnel (senior level doctor and or an experienced nurse/paramedic) that travels with the patient, an ordinary private jet just have an air hostess with no normal medical training on the aircraft.

Also, on an air ambulance, you should expect to find equipment such as a stretcher, multiparameter monitor, ventilator etc. However, the level of how advance the medical equipment is would depend on the patient. Sometimes for small babies that are premature, you would have an incubator(baby pod) for babies to keep warm throughout the transfer.

There are so many factors bedevilling the healthcare system in Nigeria. Which do you think is the paramount?

The biggest factor to me is cost. People have the perception that Nigeria is a rich country but compare to other countries, we are quite poor. If you divide all the money that Nigeria makes and gave each person their share, every person would end up with probably just N300,000 at the end of the year if divided equally. That gives you a monthly income of 20k, which is not enough. And that is if it is divided equally with no leakages.

Countries such as even Equatorial Guinea, just next to us, if you divide all their money to all of them, they will still end up with $10,000. In Seychelles, for instance, you end up with $15. If you go to America, it is to the top of $60,000, for each person.

So, you see that Nigeria actually is not productive. First of all, there’s a productivity problem in terms of the money that Nigeria is able to produce compare to the amount of people. So, that makes our budget very low. If you look at the UK’s healthcare budget, it is about $200 billion dedicated to just health care, and they are 65 million. They have a quarter of our population and 200 billion almost as their healthcarebudget. If you look at Nigeria, our total budget is $1 billion. That means that what the UK spends in a year on health care will take us 200 years to spend it. So, people would have died for us to be able to get what they get to in a year.

This means we need to think of far more intelligent ways to deploy our resources so that we might not be spending as much pocket to the same solution. Somebody that is driving keke Napep from Oshodi to the Airport is still going to get the same result as somebody that may be driving a Lamborghini. The cost of Lamborghini can be $1 million and the cost of the Keke may be hundred naira, it will still get to the same destination. What we need to do in Nigeria is to look at what is the destination of health care? What is quality healthcare? And how do we get there using the little we have.

In terms of profit, are you really getting what you expect from this business of air ambulance?