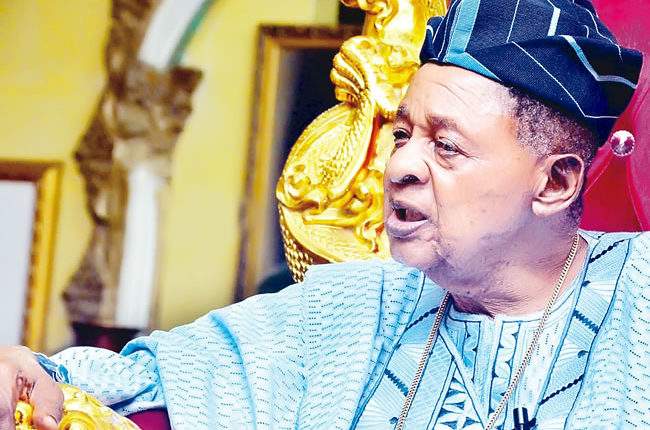 The Alaafin of Oyo, Oba Lamidi Olayiwola Adeyemi, on Thursday explained how he and the late Emir of Kano, Alhaji Ado Bayero, successfully struggled with the Federal Government on behalf of the institution of traditional rulers in Nigeria to enjoy five per cent allocation from every local government.

Oba Adeyemi made the disclosure when he received the Emir of Kano, Alhaji Aminu Ado-Bayero during a courtesy visit to his palace in Oyo town.

According to Alaafin, “I have written a lot about the roles of traditional rulers and why the traditional people must be allowed to convene for the greater good of this country.

“I am happy with your late father, we fought a battle and won the five per cent allocation that every local government must set aside for traditional rulers from its allocation from the Federal Government.

“I will continue to do my best to fight for the institution of traditional rulers. We are the bedrock of society. If you take away traditional rulers from Nigeria, there will be no Nigeria again,” Oba Adeyemi stated.

While expressing his displeasure over the seeming relegation of traditional rulers to the background regarding the governance in the country, the monarch made reference to what the Sultan of Sokoto, Alhaji Muhammadu Sa’ad Abubakar, said recently that insurgents were calling the shots about activities in many communities in the North East.

“As Sultan said, people are being abducted in their homes. They don’t pick people on the roads alone. They go to houses and abduct people. In our town, we’ll do our best for our people. We will continue to stand for peace to reign,” Oba Adeyemi remarked.

“Modern-day Oyo, like modern-day Kano, is a centre of excellence in education, culture and commerce. It is, therefore, essential that we continue to demonstrate these qualities to the world and to generations of young Nigerians so that they may come to know our true history, which would re-enforce their confidence as they face a very challenging and globalized world. Luckily for me, I am with Baba today, whom I can say is an icon when it comes to history. May Allah continue to guide us all.

“We bring love, fraternity and special best wishes and greetings from our people in Kano. Our two entities have many things in common. Both our towns have this pride of bearing the names of states. We also hold the prime positions of being legendary, big-time major trading posts as well as major religious entities, that cannot be ignored.

“It is with a great sense of pride that we recount the many historical ties, which link our part of the country to Oyo due to its pre-eminence in trade just like Kano. Oyo has been known to have a rich history of trade links with many entities in the West African Sub-region.

“I wish to reiterate my commitment to the warm relationship you had with my late father and look forward to benefitting from your fatherly advice and counsel whenever and wherever the situation arises. I also wish to commend the fatherly role Your Majesty has continued to play as the host of one of the largest Hausa communities in Nigeria,” Ado-Bayero concluded.