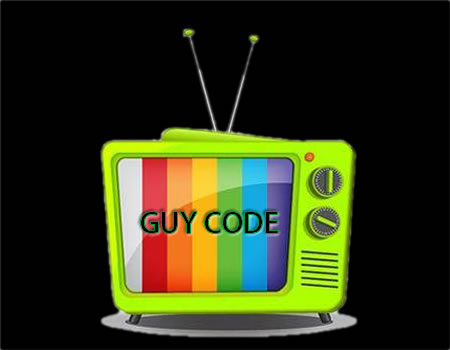 A new television show tagged Guy Code, which promises to excite young male viewers, is set to premiere on October 1.

The show will stimulate conversations on the exclusive guys’ circle while highlighting the wonders and woes of manhood. It will use storytelling approaches to reach its target audience.

In the three months it is scheduled to run, Guy Code TV series will take viewers through an ultimate experience that will immerse them in popular pop culture. The show, which will be airing on MTV Base Channel 322 on DSTV, is going to be uniquely different from the regular television shows in content, style and delivery. In a series of episodes, it will capture the different thematic areas that define the social makeup of an average ‘Naija’ guy.

Giving Nigerians an opportunity to also peep into the social DNA of showbiz and other celebrities that are so distant but influence their lives daily, other terrestrial stations, including STV (Thursdays at 10:30pm), will show repeat broadcast.

Guy Code will raise the debate on etiquette-related issues and demystify the unwritten codes that ‘rule’ young male adults in relations to friendship, dating, sports, hangout, indoor ‘play’, among others.
Details of the ultimate show would only evolve with the programme itself. But certainly, it will delve into issues that constitute what many people have termed the ‘guys’ world.’ Such questions range from tricky issues such as managing break-ups, bachelor’s pad, beer parlour manners to less complicated subjects like gift-giving and friendship.

For instance, “how should a guy call off a relationship? At what point in a relationship should a guy begin to ‘show off’ his girl? And what if a partner says: “I don’t want my friends to know about it’?”
Others include: “What codes apply when a relationship transit from dating to something more serious? How does a guy know she is not interested? How do guys handle troublesome ex-friends who may have become part of their lives? What, when, where, how and why are the salient concerns in attempting to enter into the ultimate guys’ circle.”
Others are expected to join Nigeria’s most knowing guys (and ladies) as they unveil the Guy Code, which is powered by Gulder.

In a series of conversations that will be full of fun and intrigues, Guy Code is expected to descriptively and prescriptively take the audience through issues related to these sorts of questions in a manner that will stimulate public engagement on them.
Witty talking points on Guy Code are already being driven in the digital space via #TheUltimateGuyKnows in a style that, indeed, ‘invades’ and brings to the limelight, the guy world.

Nine warning signs that could mean your relationship is in trouble