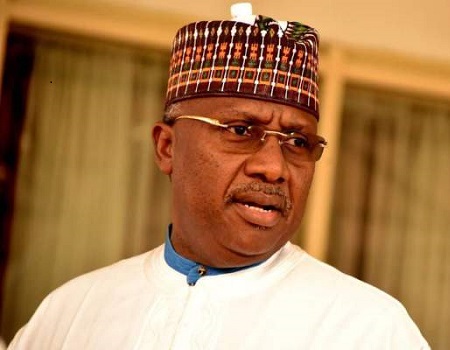 Ikwurunyi made the clarification on Thursday while briefing newsmen in Yola.

NAN reports that there are publications that Bindow has paid the exit allowance to himself.

He insisted that the law did not limit the powers of any sitting governor or outgoing governor from paying the severance package to himself and that of his appointees.

“The governor has every right to pay exit allowance to himself and those of his political appointees.

“Bindow is still the executive governor of Adamawa state till May 29 and as such, his executive powers are limitless.

“As long as the government still pays salaries to workers including himself, he equally has the powers by law to pay every benefit that accrues to him within the time bound.

“It will become an issue when Bindow exercises powers after May 29.

“It is instructive that no law inhibits previous governors from paying severance allowances to themselves.

“If they failed to pay themselves and today they resort to begging, such is their own cup of tea,’’ Ikwurunyi stated.

He advised Mr Solomon Kumangar, the author of the story to retract such publication circulating in the media or face public service sanctions.

Ikwurunyi reminded Kumangar that as a core civil servant, he lacked the moral obligation to issue statements on behalf of politicians.

“Kumangar must conduct himself within the code of conduct of a civil servant and not of a practising journalist,’’ he said.