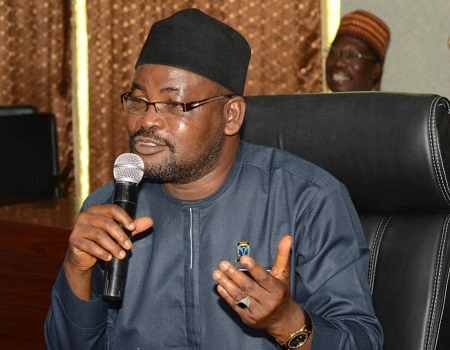 Residents of Kaltungo in Gombe State have been tasked to cooperate with the team of Surveyors deployed to work on the proposed permanent site of the Federal Polytechnic, Kaltungo.

The call was made by the Secretary to the Gombe State Government (SSG), Prof. Ibrahim Abubakar Njodi when he led the State Commissioner of Lands and Survey as well as some senior staff of the ministry to the palace of the Mai Kaltungo, Engineer Saleh Muhammadu to intimate him on the progress of work at the site.

While speaking at the Palace, Ibrahim Njodi said that the state Governor, Muhammadu Inuwa Yahaya has since deployed Surveyors to commence work at the proposed site without any delay.

He further said that the National Board for Technical Education (NBTE) is waiting for the Certificate of Occupancy (CoF) which is one of the major criteria to start work at the site.

The SSG also said that report at his disposal following the recent advertisement for the recruitment of senior management staff shows that over 60 application for the office of the Rector has so far been received adding that only competent hands will be contracted to handle the institution.

He further explained that with this development the community support and cooperation is required for the full commencement of work at the site.

In his speech, Commissioner for Lands and Survey, Mohammed Danladi Adamu expressed delight with the interest and support of the community who provided a befitting Land as the permanent site for the Polytechnic stressing the need for the speedy processing of the Certificate of Occupancy.

While reacting to the development, the Mai Kaltungo, Engineer Saleh Muhammadu assured the state government of the community readiness to ensure the smooth take-off of the School.

He appreciated the present administration led by Governor Muhammadu Inuwa Yahaya for working assiduously to ensure that work commenced at the site adding that the community will cooperate with the Surveyors working at the site.

At the Permanent site along Kaltungo- Yola road, leader of the Surveying team, Mr Manu Goje disclosed that the perimeter covers an of the area of 197.4 hectares as contained in a statement by Joshua Danmalam, Information Officer, SSG’s office.