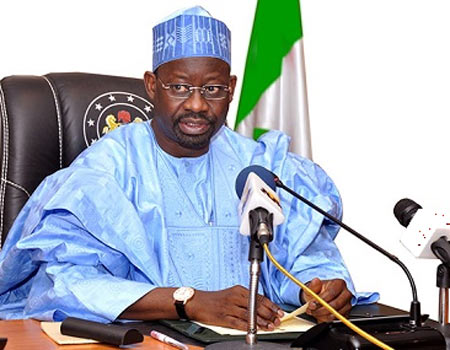 Gov. Ibrahim Dankwambo of Gombe State, has assured the state civil servants that his government would immediately implement the proposed N56,000 national minimum wage, if the Federal Government approves it.

Dankwambo gave the assurance at the commemoration of 2017 Workers’ Day in Gombe on Monday.

The governor was represented by his deputy, Mr Charles Iliya, who is also acting Governor.

“As soon as the Federal Government approves the new minimum wage, our administration will implement it within the limit of our resources.”

He, however, called on the Nigeria Labour Congress (NLC) and Nigerians to be resilient and support government efforts aimed at moving the country out of current economic recession.

“Our administration accords top priority to the welfare of civil servants whose selfless service contributed immensely to the socio-economy development of our dear state.”

Earlier in his remarks, Mr Aliyu Kamara, the State Chairman, NLC, appealed to the Federal Government to as a matter of urgency approve the new minimum wage submitted by the Technical Committee.

He said that approval of the new minimum wage became necessary, considering the current economic recession and the attendant high cost of goods and services in the country.

Kamara also appealed to state government to consider all issues presented to it during the interactive session held between labour leaders and government.

He noted that this year theme entitled, “Labour Relations in Economic Recession an Appraisal” could not have come at a better time, considering the numerous challenges facing Nigerian workers.

Kamara, however, commended the state government for prompt payment of salaries and allowances of civil servants, employment and the release of N2 billion for the payment of gratuities to retirees.

Also in his remarks, Dr Daniel Musa, the State’s Head of Service, called on the workers to continue supporting government to move the state forward.

Musa assured the workers that with the authentic data of the civil servants, identification cards with pin number would soon be issued to civil servants.

He expressed optimism that the effort would improve the service and detect lazy workers.