Getting ready for the new year 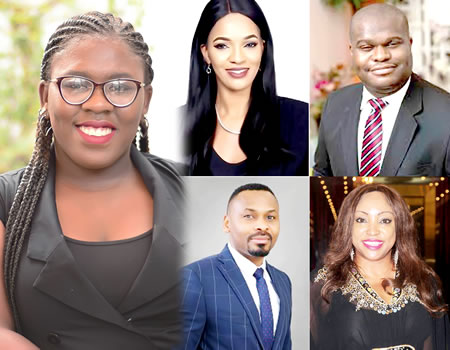 In just two days, 2019 will become history and 2020 will be here. The new year presents a vista of opportunities for everyone and every organization to be better, stronger, wealthier, more productive and more successful. But achieving any of these is not a given, it is contingent on what is done in the year. To have a better outing in 2020 than you had in the outgoing year, certain things have to be put in place. Continuing with what was done in the receding year will produce the result that was recorded in the outgoing year.

A new year is an opportunity to have new dreams and new expectations. It provides a chance to chart a new course. It offers the prospect of rewriting your history and setting yourself on a new path. It is a chance to get better, be more productive and more successful. The new year is a blank cheque. A blank cheque holds two possibilities; something great or something ordinary, depending on what is filled on it. As observed by Alex Morritt, an American writer, whether a new year is a new chapter, a new verse, or just the same old story depends on us because we write our stories for the new year. Therefore, to have a better experience in the new year, the following have to be observed.

Having a better outing in 2020 begins with reviewing how you performed in the current year. As observed by Socrates, an unexamined life is not worth living. Without a deliberate effort at reviewing your 2019 performance, rising above the current year’s level of success would be difficult because of the assumption that you are operating at your optimum. Taking time out to review your activities in the retreating year will put you in a better position to have a firm understanding of what actually happened in your space in the year under review.

The new year provides an opportunity for self appraisal with a view to jettisoning progress-limiting behaviours and activities so as to embrace success-enhancing ones. The new year offers a chance to have a new life only if we will take time to review the outgoing year.

To properly review the outgoing year, certain questions need to be asked. You need to ask yourself: What did I do well in the outgoing year? What did I not do well? Why did I do well what I did well? Why did I not do well what I did not do well? What worked for me? What did not work well for me? Did I manage my resources well? Did I give a good account of myself at all times? Was I at my best as often as possible? What great decisions did I make? What bad decisions did I make?

Providing honest answers to the questions will help in getting ready for the new year.

Reviewing activities of the outgoing year will bring to the fore aspects of your engagements where you did well and give you an understanding of your areas of strength. By understanding what worked in the outgoing year and why they worked will help you to know areas where you have competitive advantage and this is very vital in your preparation for the ensuing year. Once you know what works for you, you do more of it to have a better performance in the new year.

Reinforcing areas of strength is one of the secrets of successful organizations and individuals. They neither fritter resources nor waste opportunities; they concentrate their efforts on activities that give them the highest value, hence they keep getting better year after year. When organizations focus more on activities that create the highest value, not only do they minimize wastage, they also maximize revenue generation.

For MTN, the telecommunication company, 2016 was a particularly difficult year. The company reported an equity loss on a 51 per cent stake held in Nigeria Tower Interco, an infrastructure company, just as the Nigerian Communications Commission (NCC) slammed a $5.1 billion fine on it for failing to disconnect improperly registered SIM cards. Although the fine was later reviewed to $1.1 billion, the two issues as well as others caused the company to pose a net loss of $260million at the end of 2016.

Going into 2017, the company reviewed its business activities and realized that what it did better than all telecommunication companies in Nigeria in 2016 was data provision and it was that which gave it the highest revenue. So MTN, in order to move away from the red and make its investors happy, decided to concentrate on data provision. So, in 2017, the company deployed more of its resources to data provision than any other of its other activities. By so doing, it grew its data revenue by 86.6 per cent and consequently its total revenue by 11.4 per cent. As a result, by the end of 2017, MTN Group bounced back to profitability with a $278.2 million net income.

Also reviewing activities of the outgoing year gives an understanding of areas that require improvement to get a better result in the ensuing year. On finding out these, great leaders and individuals take steps to correct them with a view to turning the tide in their favour in the new year.

In 2007, Starbucks was recording losses. The chairman, Howard Schultz, after reviewing and reflecting on the activities of the company, narrowed the cause of the trend to the company having lost its way. Being the leader, he knew it was his responsibility to lead the company back to its winning ways. According to him, the company was heading south because, “The pursuit of profit became our reason for being, and that’s not the reason that Starbucks is in business. We’re in the business of exceeding the expectations of our customers.”

Schultz knew that he had to repair what was wrong with the company by redirecting it towards its original vision, so he took 10,000 managers to New Orleans for a four-day conference as a way of reorienting them about the essence of the company. The 10,000 managers left the conference with “a tidal wave of energy.” Two years later, Starbucks started reporting record profits.

According to Alan George Lafley, former CEO of Procter & Gamble, the essence of strategy is to win. He says, “Strategy is about winning, and you need to be very clear what winning means. In our view, it means three things — uniquely positioning a firm in its industry, creating sustainable advantage and delivering superior value versus the competition.”

So, strategy is the bridge between aspiration and actualization. However, if your strategy is not giving you as much success as you desire or you wish to record a higher level of success in the ensuing year than you recorded in 2019, then it is time to tinker with your strategy to deliver better results. As said by Lao Tzu, “If you do not change direction, you may end up where you are heading.”

Lego, the toy manufacturing company, found to its chagrin in early 2000 that it was heading for the rocks as there was an avalanche of electronic toys which ate into its market share. This coincided with the veering of the company into the production of kid’s television show with the production of Galidor: Defenders of the Outer Dimension. But unfortunately, the 30-minute show, which ran on Fox Television network in the United States of America, did not fly and had to be rested after two seasons. This misadventure, coupled with the erosion of its market share by electronic toys and new designs that did not jell with the market, left Lego with almost a $1billion debt. Bankruptcy stared the company in the face but it did not file for bankruptcy, rather, it tinkered with its people and process and the narrative changed.

What Lego management did to get out of the dire strait was to first do a review of what led it to its near bankruptcy state and re-strategise. Then, it cut off all the non-essentials. It decided that it had always been a toy company and wanted to remain so. What hitherto had been the practice was that the designers were at liberty to come up with whatever designs caught their fancy and the management would go ahead to produce. But that changed. While the designers still had to come up with the designs, other categories of staff had to buy into them for the management to give the go ahead for their production. When this approach was employed, the market’s response began to change and Lego toys gradually regained the top spots.

According to John Maxwell, the greatest gap in the world is that between what we know and what we do. After reviewing your activities for 2019 and finding out where you did well and where you faltered, that knowledge should lead to action that would make 2020 a better year. So, going forward, there must be a resolve to act on the knowledge to have a better outing in the ensuing year. Resolve to reinforce your strength, resolve to repair your weak points, resolve to re-strategise and resolve to succeed in 2020. When you have a strong resolve to succeed, no obstacle will be strong enough to stop you.

In 1924, Soichiro Honda, founder of Honda Motors, designed a new piston ring which not many experts gave a chance to succeed because of the designs in vogue at the time. But Honda was not bothered by experts’ opinions. He invested the whole of his life savings on the project. When that was not enough, he pawned his wife’s jewelry and put the proceeds in the project. Eventually, he got his vehicle out but initially the product was spurned. After a while, the car became the preference of Japan and other Asian countries.

As he was reveling in his success, his main factory was destroyed during World War II by the United States bomber planes in 1944. As if that was not bad enough, the following year, his second factory was leveled by an earthquake.

Soichiro Honda’s dreams and hopes were blown up, but he refused to give up and started the process of rebuilding the company. This time, the building was at a faster pace because he had already built a reputation. Honda Motors bounced back and it has been growing strong since then. To the credit of Soichiro Honda, the company that almost died as a dream posted a profit of $2.86billion in 2016.

To a determined mind, difficulties are the raw materials for increased productivity.

Will you progress or regress in 2020? The answer is not blowing in the wind, it is in your hands.

2019 events in the banking sector