Get Access to the Best World Cup Live Streams 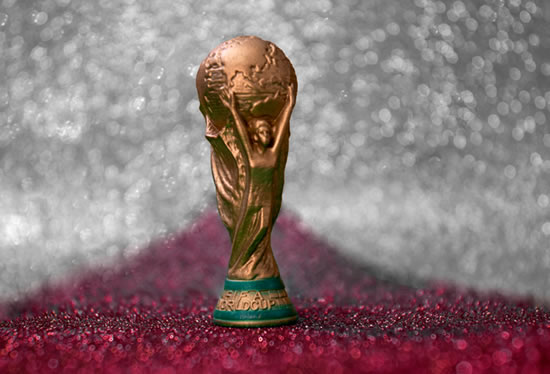 The FIFA World Cup is back and it’s finally time to watch the best football teams in the world fight it out for the greatest prize in all of sports. The likes of Argentina, Portugal, England, and Germany are just a few of the big names that we’re going to be seeing this year. Unfortunately, Italy did not make it through the qualifiers as they were knocked out in a shock upset.

Everyone will be watching the FIFA World Cup this year, it’s going to be the biggest event of 2022, and you want to make sure that you can catch all of the action from every single match as it happens. The only problem is that many sports streaming services can be pricey, and they’re often blocked unless you’re in a specific region where they’re allowed to broadcast FIFA World Cup matches.

Don’t worry though, there is a way that you can get access to the best World Cup free live streams no matter where you are in the world. All you need is a handy cybersecurity tool that will do all the hard work for you! Keep reading to find out more about the best way to watch the FIFA World Cup this year!

Tons of different media companies will be broadcasting World Cup matches — there will be billions of spectators watching after all! Media companies need to pay millions of dollars to secure the broadcasting rights that allow them to stream every match live to their customers. That’s why subscription fees for live sports streaming services are often so expensive.

Along with securing broadcasting rights, these media companies also need to follow a strict set of rules. One of these rules limits the companies to only streaming the matches in their own countries or regions. This helps to control the bigger companies and prevents them from establishing a monopoly on broadcasting rights. For FIFA, it means that they can sell more licensing rights to different companies at a higher price.

Streaming sites will use your IP address to determine where you are accessing them from. An IP address is a unique string of numbers that is used to identify your device on the internet and pinpoint your physical location. If you’re accessing the website from outside of the approved region, you’ll be blocked from the stream — this is known as geo-blocking. For example, you can’t access a Sky Sports stream if you’re outside the UK, even if you’re a paying customer.

Why You Need a VPN

But, that’s where our nifty cybersecurity tool comes in handy. The tool in question is a virtual private network or a VPN for short. The main purpose of a VPN is to encrypt your internet connection and prevent anyone else from seeing what you are doing on your device while surfing the web. VPNs can prevent others from snooping through your data as well. Not even the government or your internet service provider can keep track of your internet history or monitor your internet traffic — that’s how powerful a VPN is!

But, VPNs have another feature, and that’s the one that we’re truly after. VPNs allow you to connect to secure global servers in other countries and cities around the world. When you connect to one of these servers, your real IP address will be hidden, and your device will adopt the IP address of the server that you have connected to. Remember websites use your IP address to determine where you’re accessing them from, so changing it will spoof your location.

By connecting to a VPN server in another country, you can change your device’s virtual location and trick websites into thinking that you are accessing them from elsewhere. If we take our previous example of Sky Sports, all you need to do to bypass geo-blocking is connect to a VPN server in the UK, and you’ll be granted access to the live stream as if your device was physically located in the UK.

Before you head over to Google and install the first VPN you see, there is one important guideline you need to keep in mind when choosing the perfect VPN, especially when it comes to streaming. You need to make sure that you always use a premium VPN. It might be tempting to use a free VPN to save some cash, but ultimately it won’t be worth it. Free VPNs come with some serious drawbacks such as slower connection speeds, more ads, less security, daily data limits, and fewer global servers to choose from. It’s not a good idea to take shortcuts when choosing a VPN, so make sure to do your research on each one before you commit to a subscription plan — you’ll have a much better streaming experience!

Chairman Maser Group take on ChatGPT and future of Manufacturing

The easiest way to get more YouTube likes is here!