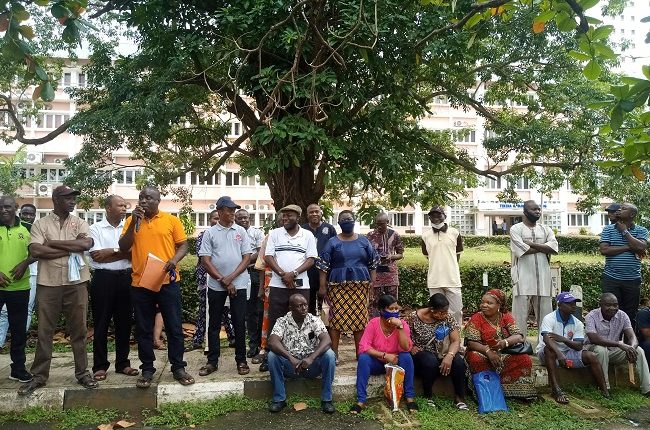 The non-academic staff of the University of Ibadan kicked off the 14-day warning strike as declared by its national body, calling on the federal government to attend to its demands before 19th October or face a full-blown strike.

Converged upon the University of Ibadan for a congress, the NASU and SSANU of the university resolved to write the national body that if a full-blown strike is declared, it should not be called off until the federal government attends to all its demands.

Addressing the congress, Mr Wale Akinremi who chairs the university’s SSANU and his NASU counterpart, Mr Malachy Etim enjoined the federal government to meet with the nonacademic union within the 14 days of warning strike to address all its lingering issues.

Others include non-payment of retirement benefits to outgone members; lack of seriousness and delay by the government in the renegotiation of the 2009 FGN/NASU and SSANU agreement; neglect and poor funding of state universities; corruption in the university system and non-constitution of Visitation Panels for universities.

Meanwhile, the unions in the University of Ibadan are expected to convene another congress on Tuesday where resolutions will be taken on the extent to which the strike will be effected in some critical departments like Jaja clinic, security, zoological garden and the school’s teaching and research farm.