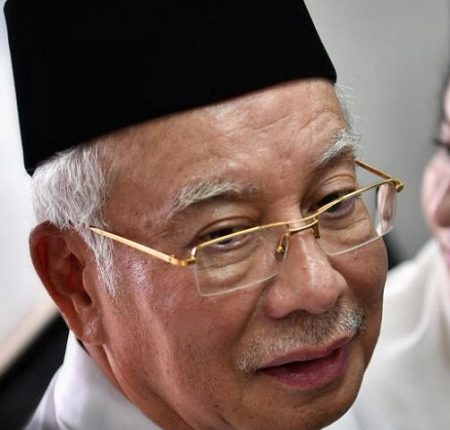 Former Malaysian Prime Minister Najib Razak has been charged with tampering with the audit report into state investment fund 1MDB, the latest in a string of charges against him in relation to the scandal.

Najib, who lost power in May’s general election, is accused of altering part of 1MDB’s 2016 audit report to remove references to the presence of Low Taek Jho, the now-fugitive financier better known as Jho Low, at a 1MDB board meeting.

He pleaded not guilty after appearing in court in Kuala Lumpur on Wednesday.

The ex-prime minister, who is out on bail, faces a maximum 20 years in prison and a fine if found guilty, state news agency Bernama reported.

Arul Kanda, who was 1MDB’s chief executive when the scandal exploded into public view in 2015, was charged alongside Najib. The former banker was fired in June.

Established by Najib in 2009, 1MDB is the subject of money-laundering investigations in at least six countries, including the United States, Switzerland, and Singapore.

Investigators say money siphoned from the fund was spent on diamond jewellry and a luxury yacht, gambled away in Las Vegas and used to finance the Hollywood movie Wolf of Wall Street. Some of the money went into Najib’s personal bank account.

The US Department of Justice charged Jho Low and two former Goldman Sachs bankers with misappropriating funds from 1MDB last month. The Malaysian remains a fugitive.

Najib is now facing nearly 40 money laundering and corruption charges related to 1MDB and losses at other government entities. His first trial is set to begin in February.

Najib’s wife, Rosmah Mansor, has also been charged in relation to 1MDB and other corruption cases.

The couple has denied any wrongdoing.

Sure ways to maintain your natural hair