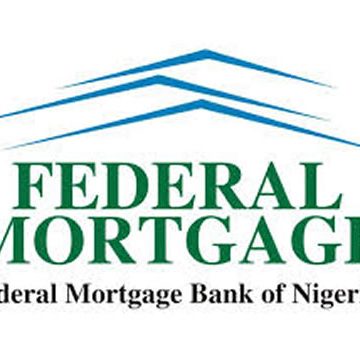 THE Managing Director of Federal Mortgage Bank (FMBN), Arc. Ahmed Musa Dangiwa, on Wednesday, said the issue of affordability is the major reason why estates built by the FMBN in 10 states remained unoccupied.

Dangiwa, who expressed worry over the development said, despite efforts to construct homes at the cheaper rate, the houses still remained inaccessible.

He stated this at a meeting with 9-member
the delegation, led by the President of the National Economic Summit Group (NESG), Engr. Kashim Ali, to the FMBN headquarters, in Abuja.

To this end, he disclosed plans to partner with the state governments to fix the infrastructural aspect of the projects in order to reduce the entire cost.

He also said efforts are ongoing to commence implementation of the rent-to-own initiative.

While noting that the bank is the last resort for the common man, he said it will partner with the Nigerian Labour Congress (NLC) to design cheap homes, reduce housing cost to ensure
affordability.

“In order to assist homeowners, we realize that that factor of affordability mentioned has been a stumbling block. We currently have estates in more than 10 states that have not been
occupied.

“They are being built at a cheaper rate. But despite that, people cannot access the mortgage. We are looking at two ways to address it. This housing development project for Nigerian workers, we
are trying to encourage the state governments to do the infrastructure for us to reduce the housing cost.

“Second is the rent-to-own initiative. We have finished the paper, it’s just to implement it. We are discussing with the state governments to key into it”

In his remarks, the NESG President said the Federal Government has the constitutional mandate to provide shelter for the people before
proceeding to security and food.

He blamed stakeholders in the sector for relying on the statistics of 17 million housing deficits rather than providing more reliable data to enable proper planning and development.

He emphasized need to include house developers in the annual National Council on Housing as well as financiers in order to factor their inputs while designing housing policies.

In another development, the FMBN boss warned Mortgage Bankers’ Association of Nigeria ( MBAN) to refrain from delaying disbursement to developers.

He said disbursements should be made once such has been received.

He warned that appropriate sanctions will be taken against any defaulting members.

In the same vein, he urged members of MBAN to minimize the Turn Around Time (TAT) even as he charged REDAN to come up with affordable housing models and avoid unilateral changing of building designs, specifications and scope.