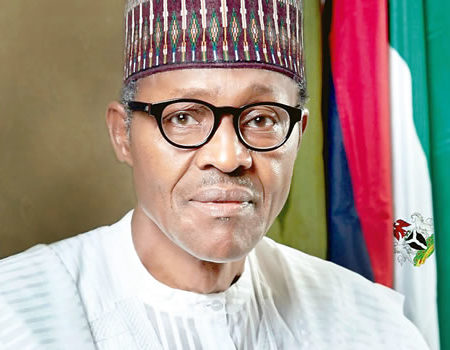 Ife 12, a socio-political group has challenged the federal government to, as a matter of urgency,  address various issues that are on the front burner in the
Nigerian polity. These are issues that are capable of further jeopardising the lives and well-being of Nigerians and destabilising the nation.
In a statement signed by Dele Akindayo and Taiwo Awosika, two of the group’s officers,  the group identified the issues as restructuring; herdsmen and Boko Haram attacks; roads and power; fuel crisis; and the discrepancies in the 2018 budget.
The group noted that the call for restructuring has become strident in recent times because of the injustice meted to “less-privileged” tribes and peoples through brazen acts of tribalism and nepotism in high places.  It stated that there cannot be peace where injustice holds sway.
The group also condemned the incessant dastardly attacks being clandestinely engineered by herdsmen and Boko Haram, both Northern “militia groups.” The group cited the recent wanton destruction of lives and property in Kaduna and Benue states as causes of concern. These attacks need to be contained instead of their being seen to be diabolically abetted by influential Northern citizens. It is when every Nigerian tribe and citizen’s rights are not eroded by others that all can be assured of protection in their country.
The group advised that rather than giving attention to 2019 election, the federal government ought to pay attention to delivering its campaign promises of providing roads and power. It noted that it is quite saddening that the  government has not been able to complete much, if any, major infrastructure in about three years.

The group called for the full privatisation of the Nigerian National Petroleum Corporation (NNPC) managed refineries stating that Nigerians would not have adequate fuel supply as long as the NNPC with its four comatose refineries hold the nation to ransom. It noted that it was quite unfortunate that the subsidy for which the main dramatis personae of this current government blamed the Goodluck Jonathan government for is now the order of the day.
The group declared that the elected representatives of the people at the National Assembly should do more to engage the executive, and  to pass necessary bills to make life comfortable for the citizenry.
In another development, Mrs Joke Bamgbopa, a United States of America-based member of the Ife 12 has called on Nigerians in the diaspora to do everything in their power to aid Nigeria’s development so that it can also be the envy of other nations and port of call for other nationals. She advised that indigenes of each state should  come together to lend voice and resources to better their states.
She added that they could support or encourage individuals of excellent pedigree to run for offices. These individuals may be in diaspora or in Nigeria.
She advocated that those in the diaspora  should form strategic and articulate lobby groups that would lobby for the return of Nigeria’s stolen wealth in foreign countries as well as assist in sourcing foreign investors to invest in critical sectors such as power generation, water supply and lobby against policies that are detrimental to Nigeria’s development.
She concluded that a country is only as good as the people in it. So Nigeria’s bright minds should be provided the enabling environment to stay in Nigeria and given the opportunity to put their knowledge and skills to good use.
fgIfe 12Nigerian
Share

Omisore, PDP not morally qualified to criticise me ―Aregbesola