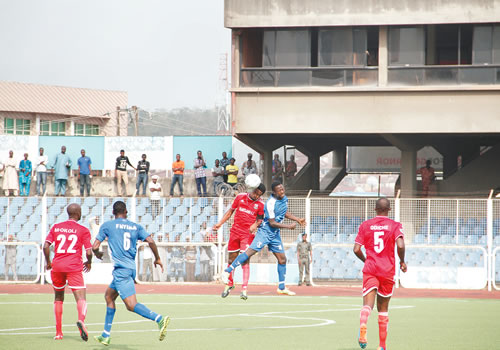 Nigeria Premier League club sides, Rivers United and Shooting Stars Sports Club (3SC) headline the round of 16 fixtures in this year’s Federation Cup, as both teams will clash at the Ahmadu Bello Stadium, Kaduna on Wednesday, July 6.

In the other all-NPFL clashes, Wikki Tourists of Bauchi confront Plateau United in Akure as Sunshine Stars of Akure tackle Akwa United in Makurdi to determine which teams move to the quarter-final of the competition otherwise known as the Challenge Cup.

Another NPFL side, FC IfeanyiUbah will take on Katsina United at the Kwara Sports Complex, Ilorin on Wednesday, while Enugu Rangers will test might with Crown FC of Ogbomoso at the Ahmadu Bello Stadium, Kaduna on Thursday, July 7.

Warri Wolves are up against Prime FC of Oshogbo at the Aper Aku Stadium, Makurdi, while Nasarawa United will lock horns with Dynamite FC of Benin in Lokoja on Thursday.

The postponed Round of 32 clash between CAF Champions League contenders Enyimba FC and El-Kanemi Warriors will hold in Abuja on Wednesday, July keeping Round of 16 opponents J. Atete on holiday.