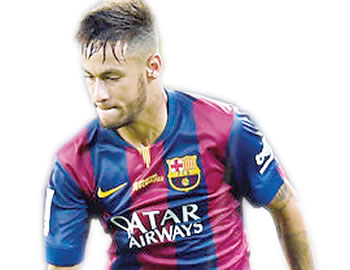 Captain Neymar will return to the squad after sitting out of this month’s Copa America Centenario in US in order to lead the quest for gold.

Olympic squads must be made up of at least 15 U-23 players, born on or after 1 January 1993. Each nation is permitted to name up to three overage players.

Rio 2016 is not included in the men’s international match calendar, however, and earlier this month a FIFA spokesperson confirmed that “clubs are not under any obligation to release players for the tournament, irrespective of the player’s age.”

Paris Saint-Germain defender, Thiago Silva was rumoured to have made the 35-man preliminary squad, which was not made public, but has missed out along with fellow Olympic hopeful Willian, Filipe Luis and Miranda with suggestions their respective European clubs were not willing to release them for the competition.

Thiago Silva has not appeared for his country since Copa America 2015.

Five-time world champions Brazil are desperate to secure the one remaining title for which they are eligible but yet to win.

It will be the second time in two years the Selecao will attempt to lift a major title on home soil following World Cup 2014, when their campaign ended in the ignominy of a 7-1 semi-final defeat to Germany.

Mbappe admits he called Neymar a ‘tramp’ in PSG game