EducationEntertainment
By Tribune Online On Jul 10, 2019 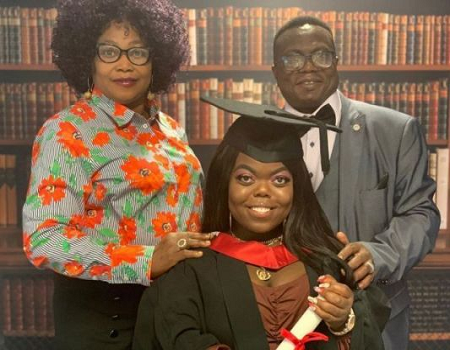 Fatima Timbo, a popular four-feet Instagram model has announced her milestone achievement of bagging a first class degree in accounting and finance from Middlesex University in London, United Kingdom.

She made the announcement on her Instagram handle @fatstimbo where she shared her graduation photo.

Over the last four years, I’ve been studying accounting and finance degree.

“Can’t believe I graduate with a first class! Anything possible when you put your mind to it,’’ she said.

The 22-year-old has built quite the fan base for herself as a budding Instagram model.

Timbo who happens to be the only one suffering from the condition in her family revealed she wasn’t always this confident as she was constantly bullied for her stature.

Timbo revealed that she was being bullied throughout high school.