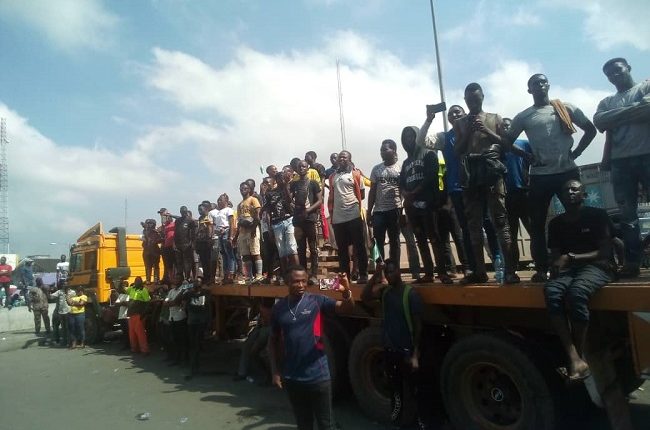 Protesters clamouring for an end to police brutality under the #EndSARS campaign on Tuesday made good their threat by blocking the two-port access roads leading into the Lagos ports, the Wharf Road and Creek road, thereby paralysing port activities at the nation’s seaports.

When Tribune Online got to the Apapa ports, the protesters, in conjunction with some truckers, had succeeded in blocking the two major ports access roads with articulated vehicles, thereby crippling entry and exit operations in and out of the port.

Some of the protesters who were joined by some clearing agents and truckers were seen dancing and chanting solidarity songs right in front of the nation’s premier port, Apapa port.

Efforts to get the Nigerian Ports Authority (NPA) spokesman, Adams Jatto as at the time of filling in this report proved abortive as calls made to his mobile phones were not responded to.