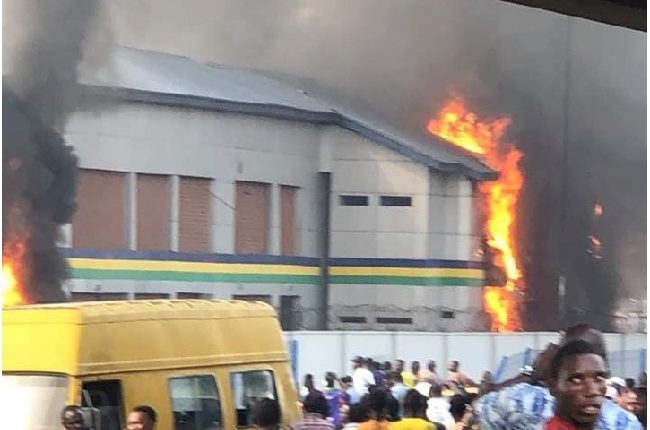 Palpable tension is brewing in Lagos State as armed hoodlums set ablaze Orile police station, while there are attempts to burn other police facilities.

The attack on the police facilities has greatly unsettled the police leadership in the state as more officers are being deployed to different parts of the state.

Already there is an ongoing attempt by another gang of hoodlums, who are hiding under the #EndSARS protest.

A senior police officer, who pleaded anonymity, while speaking with Tribune Online confirmed the attacks on the police facilities.

The senior police officer said “as at now, we are under intense pressure. They have already set one of our police stations ablaze and they are attempting to burn Denton too.