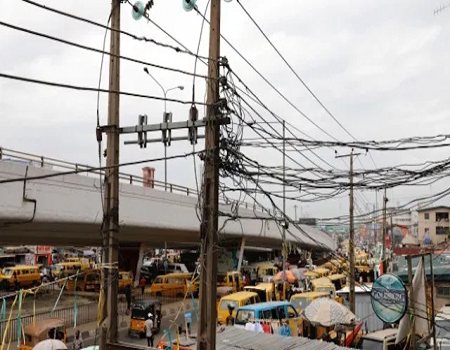 Electricity consumers in Ore, Odigbo Local Government Area of Ondo State, have commended the state government for reconnecting the area to the national grid after two decades of being in total darkness.

This was disclosed by the Chief Executive Officer of Klick Konnect Networks International Limited, Mr. Alex Ajipe, in a letter to the State governor, Mr. Rotimi Akeredolu, commending the intervention of the governor over the reconnection of the area to the national grid.

According to Ajipe, the reconnection was made possible by the personal intervention of the governor in order to grease the wheel of development in the state.

Ajipe who facilitated the Ondo-Linyi Industrial Hub which has been attracting several other companies said the conglomerate at Ore reconnected the communities as parts of the Corporate Social Responsibility (CSR) of the companies.

Aside from the reconnection to the national grid, Ajipe said the presence of the Ondo-Linyi Industrial Hub in Ore has led to the increase in the Internally Generated Revenue (IGR) of the state government.

Other CSR of the Ondo-Linyi Industrial Hub, Ajipe said included the provision of transformers in order to ensure steady, stable electricity supply and provision of potable water to the host communities.

Ajipe’s letter to Akeredolu read “Ondo now has its own manufacturer of large-scale Agrochemicals; another plus for our farmers and for agriculture in the South-West. Because of you Sir, a milk factory and an automobile factory will be settling into the Ondo-Linyi Industrial Hub before the end of this year.

“Because of you our dear governor, Ondo State indigenes have been empowered in their thousands. The spillover effect has brought empowerment to transport and logistics operators, the banking sector, technicians, caterers, suppliers of raw materials, cleaners, welders, carpenters, traders, and many other beneficiaries. Our IGR is at an all-time high and you have made a very loud statement that Ondo is open for business”

“Because of you, many more investors are set to throng our space from the Linyi Province and from other corners of the world. Investor confidence is at an all-time high at a time when the world is conservative about investing in Africa.”