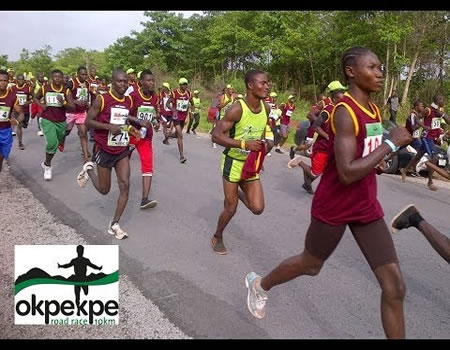 The Peoples Democratic Party (PDP) in Edo State has taken a swipe at the state government for admitting that it spent N70 million on the Okpekpe Road Race despite initially advertising that the event was fully funded by sponsors.

The opposition party also accused Governor Obaseki of lethargy, demanding reasons why the governor has been unable to put up a state executive council seven months after he as sworn-in as governor.

In a statement signed by the state chairman of the party, Dan Orbih, and made available to journalists on Monday, the party disclosed that instead of tackling the many challenges facing the state, the state government resorted to “abuses and then “sycophantly” heap praises on the immediate past governor, who is the main reason for their government lack of direction.”

Orbih stated that issues such as the inability of the state government to equip the Benin Central Hospital that was commissioned by President Muhammadu Buhari in 2016 and the Benin Storm Water Project have been swept under the carpet.

The party says, “The APC led Edo State government of Mr Godwin Obaseki has once again exhibited its arrogance, disdain for opposition and penchant for misinformation.

“Edo people are shocked to read the state government claiming that it spent N70m on the Okekpe Race in direct contradiction to its earlier advertised position that the race was fully funded by sponsors.

“We believe that Okpekpe Race is another conduit pipe to fleece Edo people, a culture introduced by its predecessor Adams Oshiomhole and perfected by this government that has no qualms invoking audit waivers to hide cash transaction.

“To develop sports in Edo State, especially athletes, age group zonal meets should be introduced and the best should be groomed by involving our coaches and exposing the budding stars to competitions across the sub region.

“In four years, these athletes could be competing for medals at continental and international competitions. The policy of discriminating between home grown and invited third rate athletes from other African countries should stop.