EAC: ‘We have accomplished our mission’ 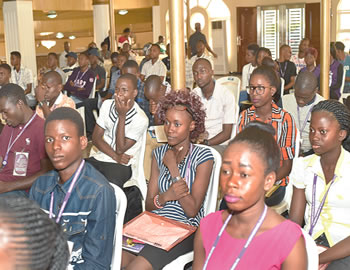 THE 20 years of experience and achievements of Educational Advancement Centre in the provision of Advanced Level education in Nigeria has influenced many A’ Level schools to spring up in all the 36 states in the country, and the Federal Capital Territory.

Tribune Education gathered that the institution, which started in Ibadan, has other centres in Lagos and some other states in the country; and it has produced over 5,000 graduates with no fewer than 500 scoring ‘A’s in all their three subjects.

Many of them have gained admission through direct entry into many first and second generation universities in Nigeria, as well as abroad.

Speaking with Tribune Education recently, the Director of the institution, Pastor Muyiwa Bamgbose, said that EAC pioneered Advanced Level institutions in Oyo State, and that it has had a record of continued outstanding performance in A’Level Cambridge examination since inception.

He noted that A’ Level programmes remain the best option to commence skill development process in the university.

Students who pass through ‘A’ Level education programme before proceeding to university, he noted, must have acquired independent learning skills and matured minds that could prepare them for their studies; and that such students rarely get involved in any anti-social activities on campus.

“Here in EAC, we have put in place teaching and research facilities with human resources that can produce excellent and innovative scholars for university education.

He enthused: “We train our students not only to pass the examination, but also to discover themselves, giving them the foundation for skill development process.

“Going by our academic performance record over the years in Cambridge A’ Level examinations and that of our students, who finished their degree programmes in various universities in Nigeria, Europe and the US, we make bold to say that we have accomplished our mission in A’ Level education programme in Nigeria.”

Speaking in the same vein, the Dean of the Schools, Mr Gbenga Adebambo stated that the centre has achieved a lot in its educational programmes, but still “strives to keep abreast with best practices globally.”

According to him, the centre is information technology-driven, endowed with sound educational structure, and formidable workforce to produce independent learners for the future.

Miss MokuroOnome Gloria, an undergraduate student at College of Medicine, University of Ibadan, who graduated from the school with A* A* A, toldTribune Education that EAC has what it takes to train students to succeed academically.

Salt: How much is too much?