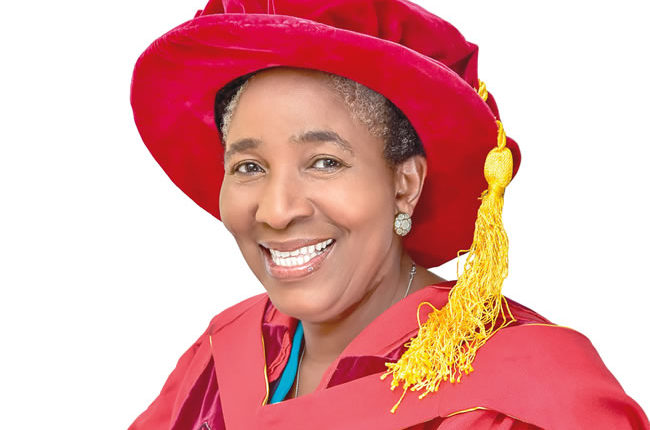 PROFESSOR Foluke  Aderemi of the  College of  Agriculture Engineering and Science,  Bowen University, Iwo, Osun State, has  expressed worry over the  dearth of quality and quantity of animal  feeds, which she said could guarantee large production of animals, as well as their sustenance  for the increasing population  of consumers at local and international markets.

Professor Aderemi gave this submission on food security possibility in Nigeria in her inaugural lecture entitled ‘Sustainability of Animal Protein Production:  Means to Promote Food Security’, recently delivered at the college, being sixth of its kind in the history of the institution.

She noted that inadequate feeding of animals could hinder animal food availability in the country, adding that as the country is struggling to advance in animal production, many factors were still militating against animal production, which she listed as inadequate finance, high cost of animal feeds, animal diseases, lack of government incentives, transportation, among others.

The lecture reads in part:  ”Going into animal production, it has been established that 75 to 80 per cent of the capital required goes into feeding.

A major problem of poultry farmers is usually high cost of feeds, and maize constitute a major feed ingredient and so animal scientists from time immemorial have been making systematic efforts on how to solve this problem.

“I joined the solution seekers by looking for what can replace or reduce conventional ingredients in livestock feeds. Adding value to ‘wastes’ and harnessing such into livestock production will  help to  sustain Nigeria livestock sector. The development will reduce the pressure on the scarce and expensive common feed ingredients. Series of studies were carried out on alternative feed ingredients.

“This includes the utilisation of cassava and its bye products, as well as  inclusion of cassava leaves in cassava meals to enhance the protein content.

“Secondly, imploring traditional methods in processing cassava roots and leaves at the rural level to reduce transportation cost is inevitable in this situation.

Moreover, appropriate processing methods to reduce the cyanogenic glucosides to safe level of consumption and use of exogenous enzyme supplements in Cassava Root Sieviate (CRS) to improve nutrient utilisation health and welfare of birds is necessary. Cassava root sieviate could effectively replace wheat bran in cassava diet with enzymic supplementation as no abnormality was observed in the blood of the experimental birds and it was also cost effective.

‘’Biodegraded cassava peels and CRS using as pergillus Niger showed increase in the value of some mineral content of both substrates. It was concluded that the ease of degrading any fibre is a function of the enzyme composition of fungi and the physicochemical properties of the substrate The holistic utilization of cassava led to evaluating Whole Cassava Meal (WCM) on performance and egg quality characteristics of layers.

“Inclusion of Whole Cassava Meal (WCM) in layer diet up to 25 per cent was found economical and productive as it is able to support body maintenance and egg production of the birds.

“In broilers, WCM can replace maize in diets up to 50 per cent without adversely affecting the performance characteristics organ weights and nutrient digestibility.

Cassava peels were supplemented with moringa leaves  could conveniently replace wheat bran up to 75 percent  without adverse effect on nutrient digestibility, performance characteristics and blood profile of broilers.’’

She advised the government that to formulate policies that would assist producers to accelerate production at affordable costs to consumers.

This, she said, should include breeding to improve indigenous stock, provision of veterinary services to alleviate animal health problems and  provision of financial facilities for animal farmers, stressing that  Nigerians should go into animal production to promote food security at a sustainable level.