Dissolve yourselves as registered associations if you don’t like CAMA law, CAC tells churches, others 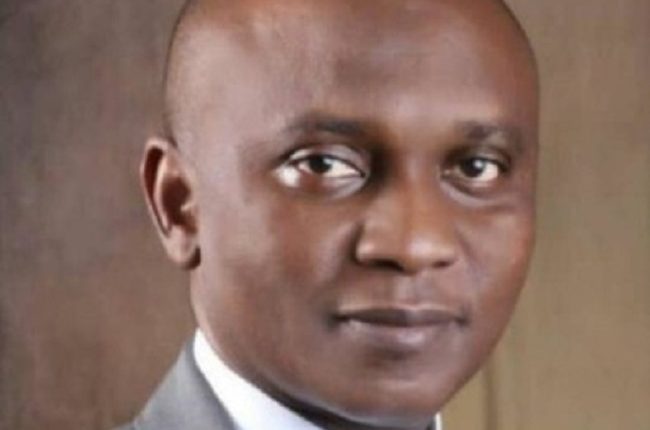 The Corporate Affairs Commission (CAC) has disclosed that churches, other religious bodies and non-governmental charitable organisations registered with the commission as association were free to dissolve as a registered association if they were not comfortable with the newly signed Company and Allied Act (CAMA) 2020.

Speaking with journalists in Abuja, the Registrar General of CAC, Alh. Garba Abubakar said it was not mandatory for associations to be registered before they can operate. “unlike businesses that the law is saying you must register mandatory if you are carrying out business using names rather than your surname or full names, the law says you must register, but for associations, you don’t necessarily have to register.”

“Anybody that feels he does want to come within regulatory oversight, if you feel your members will agree with you to run the association and they make donations individually, you don’t have to register with CAC.

“But for as long as you register, because is not a business, there are a lot of physical exemptions granted to Associations, the government should be interested in how this organization are run and whether the income and property is been utilize for the objective enshrined in the constitution of the association.”

Abubakar noted that “these associations have a constitution apart from objective and the governing structure on how they should operate, so there is no need for anybody to entertain any fear, the powers of CAC are not absolute, as long as you operate and manage your association in line with the constitution as registered with the CAC, and in line with the law, you don’t have to fear anything,” he stated.

The CAMA Act signed into law recently by the President has generated tension with the Christain Association of Nigeria (CAN) rejecting the law and describing it ungodly.

However, CAC said the law was not targeting any particular group, but to close gaps against corruption and instil confidence in foreign NGOs and Foreign donors inline with global practices.

“We have a provision dealing with the suspension of Trustee as enshrined in section F39 of the Company and Allied Act (CAMA) 2020.

“This is not targeted at any particular group, but what we have done is to bring our law to be consistent with what is obtained in other countries. All these provisions borrowed from the Charities Act of the United Kingdom (UK),” he stated.

He explained that “the law says if CAC has reasonable grounds to believe that any Trustee due to misconduct, or mismanagement, or allegation of fraud, after an enquiry, the have to be an enquiry, the meaning of enquiry is that you have to give the other person fair hearing and the accused have to defend themselves. CAC will now recommend to the Minister of Industry, Trade and Investment based on their findings and the Minister can approve the suspension of the Trustee.”

Abubakar said the new law has provided for the establishment of Administrative Proceedings Committee (APC) which will be chaired by the Registrar General of CAC with about five Directors as members, a representative from the Ministry of Industry, Trade and Investment, with observers from members of the civil society groups, and other relevant groups.

Another scenario for suspension of a Trustee under the new law is the court, “if CAC approaches the court in respect of an allegation against a trustee bothering on corruption or misconduct, or if 20 per cent of the membership of an association approach the court, when found guilty, a trustee can be suspended.

The Registrar stated further that, “there are provisions of the law dealing with dormant accounts by incorporated Trustees, the law has imposed an obligation on the banks to inform the Commission about any account of any Association that has been dormant for the period of five years, and once they give that information, no transaction should be allowed on that account without notifications to CAC, even when we have reasons to believe that the account is now active, they can not allow unhindered access to the account without notification to the CAC.

“The law has also given CAC the right where such an account is dormant to give directives for the balance to be transfer to another Association with similar objective because the whole essence of having money in an incorporated Trustee account is to utilized it to pursue the objective of that association.

“So if you have established an organisation to support maybe the IDPs, and you have money in your account that has been there for five years, you are not supporting anybody and nobody is touching the money, the money is not for you personally, after five years, CAC can give directives that this money should be moved to another organisation that is established for similar objectives so that this money will be utilised.”

Abubakar said under the new law, “except for limited by guarantee, the income and profit cannot be shared by members of an association but strictly use for the objective of the association. if you are on the wrong side of the law, of course, laws are to be obeyed and if there are infractions, the will be a sanction,” he stated.

Associations are now required to maintain financial information with the CAC, their day to day income, their expenditure and at the end of the year when they are filing in their financial returns, the law requires them to submit the account statement of the association to CAC.

North May Back Atiku In 2023 — Yakassai •Says APC should pick Southerner as presidential candidate •‘Tinubu better than Buhari who has no plan’
IF former vice president, Atiku Abubakar, contests for the presidency in the next general election in 2023, the majority of the votes from the North will go to him, elder statesman and politician, Alhaji Tanko Yakassai, has said. Yakassai, a former Liaison Officer to former President Shehu Shagari, described both Abubakar and former Lagos State governor, Senator Bola Tinubu, as potential 2023 presidential contenders…CAMA law CAMA law

‘I Lived As A Beggar. I Begged To Eat, I Begged To Wear Clothes, I Even Begged To Put My Head Under A Roof’
EMMANUELLA Udeh had just finished peeling melon inside the one-storey building she lives in when Saturday Tribune called. Surrounded by a calm environment in Emene, Enugu East Local Government Area of Enugu State, the 39-year-old paraplegic recounted her experience since she was disengaged as a beneficiary of N-Power, a scheme set up by the Federal Government to address the issues of youth unemployment and…CAMA law CAMA law CAMA law