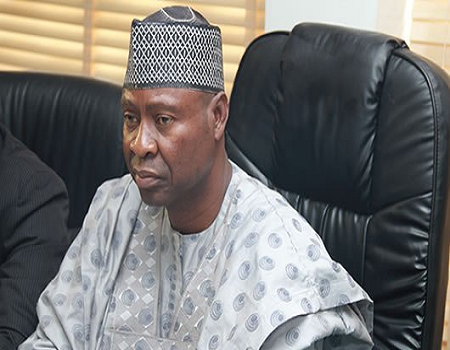 According to a statement signed by the Head of Media, Public Affairs Unit of the Fund, Mrs Sleyol Fred Chagu, the DG ITF viewed his reappointment, which takes effect from 26th September 2020 as a validation of his efforts during his first tenure and an opportunity for him to consolidate on his achievements and pledged to work assiduously to ensure the achievement of the Federal Government’s policy agenda especially with regard to job and wealth creation.

The DG stated that he would not have achieved much without the total and unwavering support of his ministers, the Hon. Minister for the Federal Ministry of Industry, Trade and Investment (FMITI) Otunba Richard Adeniyi Adebayo and the Hon. Minister for State, FMITI Amb. Mariam Yalwaji Katagum who stood by him.

He posited that in the next four years, the ITF would expand and deepen its activities especially with regard to skill acquisition and empowerment of the youths and indigent segments of the society as well as strengthen the MSMEs sector through need-based training in view of the vital importance of the sector to national growth and development.

According to him, the ITF would fully implement the 2nd Phase of its Reviewed Vision, which was unveiled recently, in response to the Covid-19 Pandemic and to reposition the ITF to effectively deliver on its Mandate.

It would be recalled that Sir Ari was first appointed into the position on 26th September 2016. Through the ITF Reviewed Vision: Strategies for Mandate Actualisation, which he unveiled on the assumption.

The  Fund under Sir Ari trained over 500,000 Nigerians, who are today earning sustainable livelihoods as paid employees, or as entrepreneurs that are employing others.