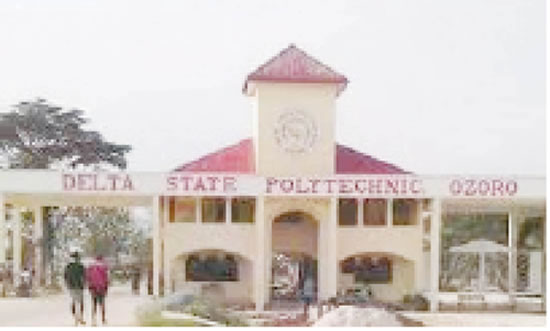 ALPHONSUS AGBORH examines the journey by the Delta State government to upgrade three tertiary institutions to the level of universities, mainly to address the yearly admission deficit of its indigenes in public institutions across the country without so much financial burden on the state.

Before now, students of Delta State origin, though qualified, have been finding it difficult to gain admission to institutions of higher learning across the country. This deficit, so to say, had not gone down well with successive administrations in the state. However, the state governor, Ifeanyi Okowa, recently decided to take the bull by the horns to address the problem once and for all.

In the event of a public hearing organised by the legislature for stakeholders’ contributions into the creation of the universities, the idea was fine-tuned with robust ideas, despite opposition from some quarters, which argued that the establishment of the universities was politically-motivated.

After imputs from well-meaning stakeholders, the lawmakers saw reasons to change the names to Delta State University, Agbor, to run a full-fledged university system, instead of education courses alone which it inherited from the education college it evolved from.

The legislators were also of the view that the state should immortalise the late Premier of Midwest region, Sir Dennis Osadebe, an indigene of Asaba, by renaming the university in Asaba after him, while the University of Science and Technology, Ozoro remains to hopefully absorb students graduating from the remaining two other polytechnics at Ogwashi Uku and Oghara after their national diploma programmes.

The new ivory towers are to compliment the premier state university in Abraka which in recent years has been over-burdened by admission problems of students from the state who are also denied admission in federal and other public universities across the country.

For example, in the JAMB report for 2018, a total of 80,131 Deltans, representing 4.85 per cent of admission seekers nationwide sat for the board’s examination while only 26 per cent were offered admission due to inadequate entry space.

Of note is the fact that there are about 500 public secondary schools in the state, with private secondary schools having a higher number, all of them turning out students every year thus increasing the population of admission-seekers.

It was due to these same reasons that the administration of Chief James Ibori established three polytechnics at Ozoro, Ogwashi Uku and Otefe- Oghara as a necessity, when thousands of candidates from the state could not secure admission into federal institutions.

As a result, the state government in early 2016 held an Education Summit to address the myriad of challenges besetting education in the state. One of the recommendations from that summit was the basis for the steps taken by the present administration to birth the three universities.

Similarly, there was also the consideration for those graduating from the over 10 technical colleges in the state to progress to the polytechnics, as they now have better chances of going further in their education to attend the University of Science and Technology. It is in furtherance of this that the state is establishing a technical college in each of the 25 council areas where none existed.

No wonder, Governor Okowa, while signing the bills establishing the new universities into law said: “what we have done today is in the best interest of the state because it is a futuristic thing and people will come to appreciate it in the future.”

The question now is: how can a state fund three universities that are taking off at the same time, considering the number of other higher institutions in the state which include three polytechnics, three colleges of education, a school of marine technology, three schools of nursing, two schools of midwifery and a school of health technology?

However, in defending its stand on the financial implications in running the three new universities, the state government made it clear that there will be no financial burden on the state as such, because the new institutions were upgraded from existing and functional institutions with enough manpower and infrastructure.

After examining the cost of running the three colleges of education where student population has dropped drastically, the state opined that it was doing so at a colossal loss and there was need to shift focus for better management.

It is on record that admission seekers in Delta State are no longer interested in National Certificate in Education (NCE) programmes, judging from the admission charts of the colleges of education in the state.

For example, admission at the College of Education, Agbor, for the current academic session was as low as 25 students.

Another reason adduced to the establishment of the University of Science and Technology was the fears over the federal government’s decision to abolish Higher National Diploma (HND) programmes from polytechnics nationwide. So, the question was: what happens to the graduates of the three polytechnics in the state after their National Diploma programmes?

The state Commissioner for Higher Education, Professor Patrick Muoboghare, who could be regarded as the architect of the new initiative while speaking at a media briefing to shed more light on the government direction, said: “The number of students at the three colleges of education in the state has reduced drastically with a high monthly wage on the staff.

He added that besides, most candidates in the state who are eminently qualified for higher education were no longer interested in colleges of education programmes and may find it difficult to gain admission elsewhere.

“We need to provide for these qualified and ambitious children and this we are doing through the establishment of new universities by upgrading these three existing tertiary institutions,” the commissioner said further.

Celebrations as Omisore gives daughter out in marriage

Strike: How we are surviving without salaries