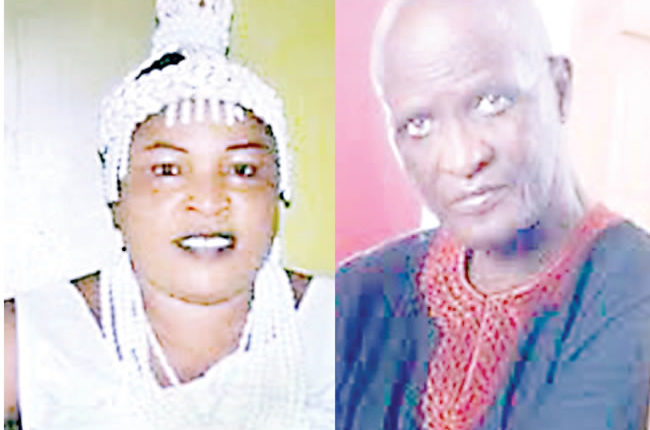 The creative sector continues to lose some of its best to the cold clutches of death.

IT’S not been a good week in art house with the Grim Reaper continuing from where it left off in December. A former president of the Association of Nigerian Authors and Minister of State for Education, Professor Jerry Agada and prolific movie director, Chico Ejiro, were some of the high-profile departures from the creative sector in the last month of 2020.

But despite prayers for a halt to the deaths, two other eminent art personalities passed days apart during the week. Veteran journalist and former Vice President of the Association of Nigerian Authors (ANA), Otunba Eddie Aderinokun passed on Sunday, January 3 at 80.

The poet, the older brother of the late banker and co-founder of Guarantee Trust Bank, Tayo Aderinokun, was the author of works including ‘Meridian Hour: History in Poetry’, ‘Dace of the Vulture’, ‘Indigo Tears’, ‘Milestones: A Poetic Odyssey’, ‘Ebony on Snow: A Travel Diary in Verse’ and ‘Dark Days are here.’

President Muhammadu Buhari, who also mourned Aderinokun in a statement by his spokesman, Femi Adesina, saluted his exploits in journalism, literature and sports development.

Buhari further noted that Aderinokun, as President of Nigeria League of Veteran Journalists, shared his wealth of experience, and guided younger professionals on the path of ethics and good conduct.

Just two days after Aderinokun’s passing, the bell also tolled for veteran actress, Folake Aremu, better known as Orisabunmi on Tuesday, January 5 in Ibadan, Oyo State at the relatively young age of 60. The news was like a thunderbolt from a clear blue sky. It was shocking, especially coming some four months after the passing of her mentor and ex-husband, Chief Jimoh Aliu.

But for the late Aliu, also known as Aworo, Nigerians would have been denied the opportunity of hearing her lovely chants and incantations in ‘Arelu’, ‘Yanponyanrin’, and ‘Fopomoyo’ among others.

Also, playing the heroine in the productions against the malevolent Fadeyi Oloro (Ojo Arowosafe) reaffirmed to a generation of Nigerians that good would always triumph over evil. Time and again, she handed resounding defeats to the larger than life Fadeyi Oloro in the productions, to the delight of viewers who had always wondered who would vanquish him.

Born in Ola, Kwara State on October 10, 1960, Orisabunmi attended Ola Primary School and Eruku Commercial College. Her latent acting talent was further polished by Aworo who met her while working as a Kwara State teacher. Chants and incantations came naturally to her, and she deployed them effectively in productions having been born into a family with a masquerading history.

Orisabunmi married the much older Aworo six years after they met, but it didn’t work out well. They later separated but remained good friends until Aworo’s passing last September.

When Aworo celebrated his 85th birthday at Jogor Centre, Ibadan in 2019, Orisabunmi was one of the prominent guests at the event. She gave guests a peep into the past when she and Fadeyi re-enacted a scene from ‘Arelu’ live on stage.

Though the winner of the Best Nigerian Actress Award from 1986 to 1992, infrequently appeared in movies of recent, she remained a toast of colleagues audiences, with an outpouring of grief following her demise online and offline.

National President of the Theatre Arts and Motion Pictures Practitioners Association of Nigeria (TAMPAN), Bolaji Amusan, one of the first to announce her demise, described it as a significant loss.

“ It is so sad we lost a priceless jewel, a scarce gem in the Nigerian film industry, Chief Mrs Folakemi Aremu aka Orisabunmi to the cold hands of death last night. Though good people die every day, yet not all of them affirm for us the goodness in humanity the way Orisabunmi did. She passed away, leaving a legacy of positive experiences for anyone who took the time to know her. If oratory is the masterful art, the world will surely miss Orisabunmi for her talent,” he said in a statement.

Though she’s gone, artists like Orisabunmi never die. She lives on in her art while the creative sector seeks a stop to the deaths taking some of its best.

As a baby, I wept for three months non-stop —Ibe

Tunde Thomas was my neighbor

A look back at culture