Dangote Cement: Taking over Africa on its export strategy 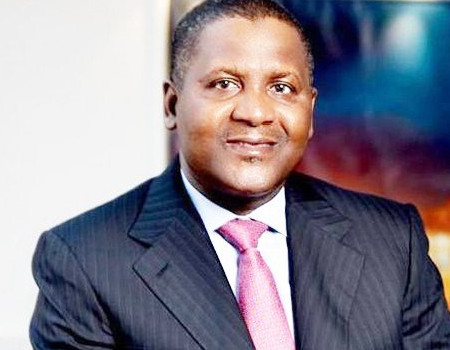 Despite the effect of the novel coronavirus on businesses, Dangote Cement reported 12.1 per cent quarter-to-quarter increase in its revenue for the third quarter of 2020, hinging on its export strategies to drive growth. Kehinde Akinseinde-Jayeoba looks into the activities of the company towards being the No1 Africa cement manufacturer.

HAVING gone through a series of acquisitions and merger, Dangote Cement today stands as the largest Nigeria’s multinational publicly traded cement company, producing, packaging, exporting and distributing cement in Nigeria and other parts of Africa.

The largest capitalized company on the Nigerian Stock Exchange over the years has transitioned from the importation of cement in 1981, having duly paid its due, to becoming the leading cement manufacturer in Nigeria and controlling 45 per cent of the African Cement market. Dangote Cement began operations in Nigeria and, over the years, has expanded into other countries in the Sub–Saharan Africa with an installed capacity of 45.6Mta capacity across 10 African countries.

The company has indeed been a trailblazer for Nigeria, having eliminated the country’s dependence on imported cement and has transformed the nation into an exporter of cement serving neighbouring countries.

The Group has a production capacity of 29.3Mta in Nigeria, with three cement plants in the country. In its  Obajana plant in Kogi State, Dangote Cement produces 13.3Mta of capacity across four lines; Ibese plant in Ogun State has a combined installed capacity of 12Mta while Gboko plant in Benue State has four Mta.

Over the years, the African Cement giant had battled fiercely with competition. Not deterred by its accomplishments, the cement manufacturer is not resting on its oars until it becomes the main supply hub of cement and clinkers in Africa, having put in place its export strategy.

“Arguably, our biggest achievement to date is taking Nigeria from being a big importer of cement to being self-sufficient, and now an exporter,” the cement company’s Group Chief Financial Officer, Mr Guillaume Moyen, proudly said at a Facts Behind the figures and Facts Behind Sustainability Report held at the Nigerian Stock Exchange (NSE) recently.

Dangote Cement continued to focus on its export strategy and is on track to ensure West and Central Africa become cement and clinker independent, as clinker exports have steadily been ramping up in Q3 after the maiden shipment in June 2020, while land exports have also resumed. So far, the cement manufacturer has exported seven clinker vessels from Nigeria via the Apapa export terminal while it planned to commission the Port Harcourt export terminal before the end of the year 2020.

According to Moyen, one of the main benefits of the company’s export strategy is to reduce the FX risk on its business.

“We have now started exporting clinker via ships to West and Central Africa, thus gaining more FX revenue. We plan to ramp-up our exports, such that our revenue is not dependent on our local currency but hedged by a stronger currency. This will thus reduce the FX risk on our business,” he said.

In financing its operations, Dangote Cement has demonstrated its robust capital structure and diversification of its debt, having successfully completed the issuance of N100 billion series one five-year bond; and completed in 2020 the issuance of N150 billion Commercial Paper Notes at very competitive rates, with both transactions being oversubscribed.

“We are deploying a mix of short and medium-term debt, namely bonds and commercial papers, to optimize our cost of capital while managing liquidity. The board continues to consider all financial options for the company to create long-term value and manage liquidity requirements to support Dangote Cement’s long-term growth and value creation. We have several maturities of CPs coming in the coming six months and will evaluate the opportunity to leverage short and/or mid-term depending on the market environment at that time,” Moyen said in a recent interview.

Dangote Cement, despite a difficult year on account of the COVID-19 pandemic, and its attendant effect on the economy, had an outstanding financial profile and has achieved excellent financial performance during the period as reported in its nine-month financial result in the year 2020.

Group Chief Executive Officer, Dangote Cement, Michel Puchercos, in his comment on the performance said the company experienced its strongest quarter in terms of EBITDA and strongest third quarter in terms of volumes. Despite a challenging environment, the group volumes for the nine months were up 6.6 per cent and group EBITDA was up 17.1 per cent, at a 46.6 per cent margin.

On a quarter basis comparison, Nigerian sales volumes went up by 39.9 per cent in the third quarter driven by strong demand and the pull effect of its bag of goodies season two national consumer promotion.

“This quarter has really shown the ability of Dangote Cement to meet the strong recovery of the cement market in Nigeria and Pan-Africa after a challenging Q2.  In Nigeria, we have witnessed a strong appetite for real estate investment and the recovery of infrastructure spending – including more concrete roads. Sales volumes in Nigeria were up 40 per cent in the quarter and Pan-Africa reached a record high EBITDA margin of 24 per cent in the quarter,” Puchercos said.

Going into the last quarter of the year, it is expected that the company’s topline performance would remain stable, as cement demand is likely to be sustained barring any significant weather changes. However, volume demand from the public sector may be weak as government revenue generation for the rest of the year comes under pressure.

Nonetheless, analysts opined that Dangote Cement’s export strategy should bode well for topline performance in the medium and long term given the existing demand for cement and clinker in West Africa. This should also bode positively for FX revenue as well as lower clinker cost for some of its grinding factories/subsidiaries in Africa.

As of Friday, 13 November 2020, Dangote Cement’s shares remained the most capitalized on the Nigerian Stock Exchange (NSE) with market capitalization of N3.408 trillion valued at N200 per share,