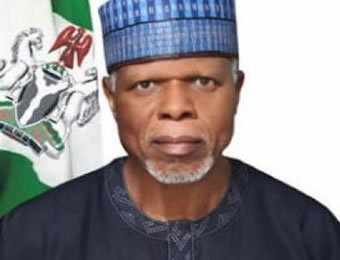 To prove the extent of his power, I refer to the circular dated November 6, 2019 and signed by Chidi A. (Deputy Comptroller-General) for Comptroller-General of Customs, titled “Suspension of petroleum products supply to filling stations within 20 kilometres to all borders”. It reads: “The Comptroller-General of Customs has directed that henceforth no petroleum product no matter the tank size is permitted to be discharged in any filling station within 20 kilometres to the Boarder. Consequently, you are all to ensure strict and immediate compliance, please.” In government, there is what we call schedule of responsibilities. I want to believe that Nigeria has not graduated to a fictitious country adapted by Henry William Sydney Porter (1862-1910) called banana republic.  Obeying the law is one way of ensuring stability in the society. Have you ever wondered what would happen in our society if there were no rules and regulations? Anyone could just get up and do anything but you cannot complain because there is no defined behaviour for people in the society to follow.  It is interesting how we are socialised to believe a particular way is the best way of doing something and we insist that things be done that way. Sometimes we do not even know the reason(s) why we are told things should be done this way or that way. If we were taught as we were growing up that it is best to greet people with our left hand, I am very sure we would have been emphasising on that and felt insulted anytime someone greets us with the right hand. Or if we were brought up to understand that slapping each other was the best way to say hello, we would have guarded this value jealously. Ironically, what is acceptable in one society may not be unacceptable in another society because different societies across the world have varying beliefs, values, rules and regulations. The reason why rules and regulations are made in our society is to help maintain peace and order in the society.

The directive in that circular should have been issued by President Muhammadu Buhari, GCFR, who is also the Minister of Petroleum; the Minister of State for Petroleum, Chief Timipre Sylva; the Minister of Finance, Zainab Shamsuna Ahmed; the Minister of Internal Affairs, Ogbeni Rauf Aregbesola; the Secretary to the Government of the Federation, Mr. Boss Mustapha; the Group Managing Director of the NNPC, Mallam Mele Kyari or the Director of the Department of Petroleum Resources, Mr. Mordecal Ladan. The sale of petroleum products either within or outside the borders is not part of the schedule of the Comptroller- General of the NCS. As of today, the Minister of Finance is still the chairman of the Board of the NCS while the Comptroller General is vice-chairman of the board. At present the NCS is run by the Comptroller-General who oversees the work of six deputy comptroller generals in the following departments: Corporate Support Services; Tariff & Trade; Enforcement, Investigation, and Inspection; Modernization, Research and Economic Relations; Excise, Industrial Incentives and Free Trade Zone; Human Resource Development.  The circular is talking about the sale of Petroleum products along the border. The circular is not talking about the closure of border, an issue that must have been discussed at the Federal Executive Council presided over by the President and I am sure the President must have seen the merits and demerits on the need to close our borders. Even if the President gave such a directive to Colonel Hameed Alli, to execute, we all know how he is extremely close to the President for he is among the UNTOUCHABLES around now, the circular did not say so and there is nothing negative in the circular saying so. I am aware that the UNTOUCHABLES in Nigeria of today get away with anything and nothing will happen to them.

A pronouncement in the circular that Colonel Hameed Alli was carrying out the directive of the President could have given the circular more weight. We are discussing about the powers of the Comptroller-General of the Nigeria Customs. The sale of Petroleum products is still under the NNPC and no law has taken that responsibility from the NNPC. According to the Nigerian constitution, all minerals, gas, and oil the country possesses are legally the property of the Nigerian federal government. The Nigerian National Petroleum Corporation (NNPC) is the Oil Corporation through which the federal government of Nigeria regulates and participates in the country’s petroleum industry. The Nigeria Customs Service was formerly under the Ministry of Finance before 1985. General Ibrahim Babangida, GCFR, placed it directly under the Ministry of Internal Affairs and that lasted from 1985 till 1992. He later transferred the Customs back to the Ministry of Finance in 1992 and that arrangement is still on till date.

(see the rest on www.tribuneonlineng.com)

•Teniola, a former director at the Presidency, lives in Lagos.

I am equally not undermining the success of Colonel Hameed Alli since he became the Comptroller-General of Customs, for example, the Nigeria Customs Service (NCS) has generated about N1.002 trillion from January to September. The service recorded the highest revenue of N123.6 billion in July, followed by N118.6 billion in May.

The law relating to Customs Agents is contained in the Customs & Excise Management Act (CEMA) Cap 45, Law of the Federation of Nigeria, 2004 and the Customs and Excise Agents (Licensing) Regulations 1968 (Legal Notice 95/1968 as amended). Nowhere did I come across the power of the Comptroller-General to execute the November 6th circular.

By virtue of delegated authority, the Comptroller-General is authorized to issue guidelines and prescribe internal instructions to Customs personnels in accordance with the governments’ rules and regulations as they affect the statutory functions of the Customs Service.

Executive usurpation of powers because one is close to the President is very dangerous. An enlightened and civilized society is guided by rules and regulations.

It was decree 7 of 1970 that gave additional powers to the board of the Nigeria Customs. On August 29, 1975, the Chairman of the Border of Customs and Excise, Mr. Henry Duke was retired by General Murtala Mohammed, GCFR, along with his two deputies, Mr. E. U. Emoren and Alhaji I. Halidu, the Preventive Commander. General Murtala Mohammed then posted the Permanent Secretary in the Ministry of Health, AlhajiShehuAhmadu Musa (1935-2008), the late MakamaNupe, as Director of Customs with a Mandate to reorganise the organization. Expectedly the late MakamaNupe brought his civil service experience into the organisation. The reforms he carried out formed the foundation of the Nigeria Customs Service till date. Before then the Customs was operating as two parallel services–Revenue (Technical) and Preventive (Enforcement). This parallel method of running the two services created serious conflicts and immense administrative problems. This seriously affected the overall efficiency and attitude of officers and men with the attendant negative impact on the image of the Department.

On November 7, 1985, General Ibrahim Babangida, GCFR, constituted a committee under AlhajiYahayaGusau (1916-2008), the late ShettimaSokoto, to probe the high level of smuggling on Nigerian borders. As a result of government acceptance of the report, thus, the Customs, Immigration and Prisons Services Board (CIPB) were created with the promulgation of Decree No. 14 of 11th January 1986. This decree abolished the Board of Customs and Excise with this new Board taking over it’s functions and in addition absorbed the functions of the Federal Public Service Commission with regard to appointment, promotion and disciplinary control over staff of the Department.

On November 27, 1993, General Sani Abacha, GCFR, set up the Major-General Paul Tarfa Panel to probe the activities of the Nigeria Customs Service. The Panel was given one year to conduct the probe and in the meantime a Sole Administrator in the person of Brigadier – General (later Major–General) Samuel OmiagoAngo was appointed. However, he was in charge of the Nigeria Customs Service until 4th Feb. 1999 when General AbdusalamAbubakar, GCFR, appointed Ahmed Aliyu Mustapha (OFR) a career Customs officer as the substantive Comptroller-General of Customs. From that time till now, Comptroller-Generals have headed the Nigeria Customs Service. They included Alhaji Ahmed Aliyu Mustapha, late David AkintayoOgungbemile (acting), Jacob GyangBuba, the present the GbongGwom Jos and chairman of Plateau Council of Chiefs, Hamman Bello Ahmed, Dr. Benard Shaw Nwadialo and AlhajiDikkoIndeAbdullahi. None of them exercised the kind of power that Colonel Hameed Alli is now exercising.

In 2003, President Olusegun Obasanjo set up a Reform Committee headed by the Minister of state for finance, Mrs. Nenadi Esther Usman. The Committee recommended a fundamental re-structure of the Service to re-position it to meet increasing challenges. The late David AkintayoOgungbemile, a Deputy Comptroller-General acted as Controller- General of Customs during that period. Other members of the panel were AlhajiNuhuRibadu, Chairman of the Economic and Financial Crimes Commission (EFCC), Alhaji Waziri Muhammed, Chairman Nigeria Railway Corporation, Chief KanuAgabi, SAN, Minister of Justice, Mr. Adekunle O.  Adedayo, retired Assistant Comptroller General, Nigeria Customs Service and AlhajiKabir A. Muhammed, State House Counsel.

I have read vital reports and decrees that relate to the Nigeria Customs Service and nowhere in the reports that have I read where such power were conferred on the Comptroller General of the Customs as contained in that circular. In every organization, there must be rules and regulations. That is what we called Social Rule System Theory. Social rule system theory is an attempt to formally approach different kinds of social rule systems in a unified manner. Social rules systems include institutions such as norms, laws, regulations, taboos, customs, and a variety of related concepts and are important in the social sciences and humanities. Social rule system theory is fundamentally an institutionalist approach to the social sciences, both in its placing primacy on institutions and in its use of sets of rules to define concepts in social theory.

Social rule system theory notes that most human social activity is organized and regulated by socially produced and reproduced systems of rules. These rules have a tangible existence in societies – in language, customs and codes of conduct, norms and laws, and in social institutions such as family, community, market, business enterprises, and government agencies. Thus, this theory posits that the making, interpretation, and implementation of social rules are universal in human society, as are their reformulation and transformation.

Rules and laws are commandments under which a society is governed. Those rules must be adhered to at all times and in all manners. The growth of any society depends on strict adherence to rules and regulations.