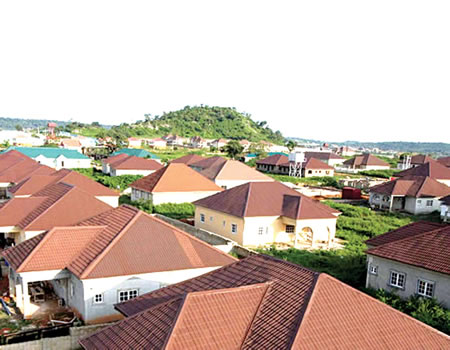 The location of Ogun state as the industrial hub of the nation is partly responsible for its proximity to Lagos (the fifth largest economy in Africa), and to the Eastern part of the country. It is by no means, the Investment destination that potential investors have chosen to open their businesses, courtesy of the provisions of improved security network, ongoing construction of both rural and urban roads, among others, by the current administration in the state.

While cashing in on the availability of the four cardinal principles of the business initiatives denoting, Strengths, Weaknesses, Opportunities and Threats (SWOT), in its proximity to Lagos, till date, Ogun state has been largely rated for what is called the “push factor” of the Centre of Excellence (Lagos). Thus, it has translated into an influx of would-be investors coming to invest in Ogun state and network to Lagos, leveraging on the dearth of land resource in Lagos. Indeed, Ogun state has shown the willingness in its commitment to change the “push factor” to a “pull factor”. The essence has been to endear the people to come to the state, where already an enabling environment has been created for them to come and invest in the Gateway state, and a potentially promising economy in the country. Besides, the administration has bridged the infrastructure gap towards accelerating the socio-economic development vision, which is the state’s top priority.

While envisaging the growing influx of people into the state, on a daily basis, one striking challenge of the current dispensation is the ongoing revolution in the provision of affordable housing projects at adequate, affordable and sustainable rates in all the three senatorial districts, in order to take care of the threat deficit in the nearest future.

It is therefore, in a bid to addressing the challenge, the Prince Dapo Abiodun administration demonstrated to a larger part of his 18 months in office to understudy and subsequently proffer solutions with the type of model that would meet the housing needs of the residents of the state. The governor, with his diverse private sector background on purposeful governance and robust developmental blueprint, summarised as “Building Our Future Together”, has opened up all the nooks and crannies of the state through capital investments in infrastructure. By and large, to him, housing is one of the pillars and enablers of the administration.

Having successfully completed the study, the government has devised strategies to frontally address the deficit on the parts of the state workforce and soon afterwards, the residents at affordable rates. One of such was a resolve to ensure that none of the inherited housing projects from preceding administrations is abandoned. The rationale behind the drive is in building on their achievements and also guaranteeing that the investments on those projects are not wasted as it used to be in the past tradition. Some of these projects in this class include the 400-unit workers’ housing in Kemta, Idi-Aba, Abeokuta delivered at a discounted rate, while there is a downward review of the 160-unit AAK Degun Estate situated at Laderin Estate Abeokuta from the initial selling price of N7 million to N5 million. And for the 92 units of three-bedroom semi-detached flats and also, the 68 units of two-bedroom apartments which was slashed from the initial N5 million to N4 million. In the magnanimity of the administration, the government has also refunded payments to allottees of the AAK Degun Estate Laderin, Abeokuta, who had earlier made full payments. And this translates to the refund of N1.5 million each to some of the allottees of the three-bedroom apartments, just as the government has also relaxed its terms and conditions in the sales of the units, including the reduction of interest rate from 18 percent to 6 percent.

However, the government is not only making provisions for affordable housing to the residents to bridge the deficit, but it is also committed to providing affordable and crisis-free land schemes to the people of the state who are willing to build on their own under the “Site and Service Land Scheme” at different locations on a flexible payment plan.

As part of the government’s resolve to be up to its game in this sector, the state government has also renovated and engaged in the construction of comfortable quarters of the 20 Primary Healthcare Centres (PHCs) spread across the state for its health workers. Other provisions, include the fixing of the modern household equipment to these quarters.

Also, apart from choosing Ogun state as a first beneficiary of the 10,000 housing units to be constructed by the Federal government under the Social Housing Scheme, the state government has equally come up with the provision of additional 2,500 units before the end of the First term in office of the present administration, in order to make up with the targeted 12,500 units.

Reminiscent of a recent event to commemorate the “2020 World Habitat Day with the theme; “Housing For All: A Better Urban Future” in Abeokuta, the state capital where Governor Abiodun remarked that, in line with the theme and Agenda 2030 of the United Nations (UN), his administration had embarked on the construction of the affordable mass housing scheme across the state, a development, he averred, signposted the state government’s commitment towards the delivery of the housing scheme that would not be limited to the state capital (Abeokuta) alone.

“For us, as an administration, in recognition of the fact that decent and affordable accommodation is a human rights issue that, we have commenced our 2,500 affordable housing scheme to alleviate the crises of accommodation in our state, as well, as part of our economic sustainability. We are also in partnership with the Federal Government for another 10,000 Social Housing Scheme,” the governor said.

Aside solving the housing deficit, the cheering development about these projects is that, it has provided a job creation component for the teeming unemployed youths with the use of local contractors to handle the construction. Besides, the main and sub-contractors, numerous artisans, labourers, suppliers and food vendors are also effectively engaged to earn a living from these projects.

It should be noted that in the past, preceding administrations did not exploit the opportunities that are abound in the involvement of the PPP in the provision of housing projects in the state. This was partly due to lack of transparency and inability to deliver.