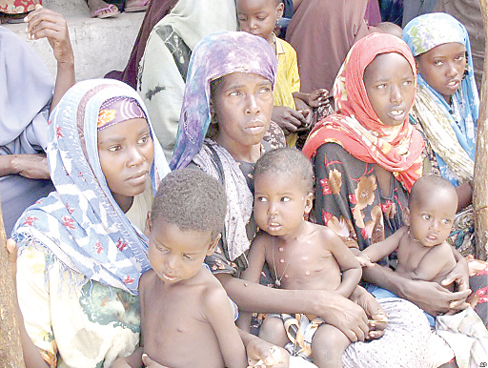 Global partners that are committed to ending paediatric AIDS have come together to call on countries to rapidly scale up access to optimal, child-friendly HIV treatment for infants and children.

The remaining 850 000 children living with HIV have not been diagnosed and are not receiving life-saving HIV treatment. Two thirds of the missing children are aged five to 14 years and do not routinely attend traditional health facilities.

Engaging communities and the families of people living with HIV, tuberculosis and other related diseases and offering family services are needed in order to find and start on treatment those missing children.

An estimated 95 000 children died of AIDS-related illnesses in 2019, in part due to lack of early diagnosis of HIV among infants and children and immediate linkage to optimal HIV treatment regimens. Untreated, 50 per cent of infants infected with HIV during or around the time of birth will die before the age of two years.

This approval was the result of an innovative partnership between Unitaid, CHAI and ViiV Healthcare, together with generic suppliers, which accelerated the timeline of development by several years.

The approval was quickly followed by the announcement on World AIDS Day of a groundbreaking agreement negotiated by Unitaid and CHAI that reduces the cost of HIV treatment by 75 per cent for children in low- and middle-income countries, where the DTG 10 mg dispersible tablets will be available at a cost of US$ 4.50 for a 90-count bottle.

This now means that WHO-recommended, preferred first line DTG-based antiretroviral treatment is now available in more affordable and child-friendly generic formulations for young children and infants as young as four weeks of age and weighing more than 3 kg.

Rapid transition to this optimal treatment regimen, in combination with improved HIV diagnosis for children and other supportive measures, will help to urgently reduce the 95 000 preventable AIDS-related deaths in children.

DTG-based HIV treatment leads to better outcomes for children. DTG is less likely to be affected by drug resistance and achieves viral load suppression sooner; child-friendly dispersible tablets improve adherence due to a lower pill burden and being easier to administer. These factors help children achieve and maintain viral load suppression, the gold standard for measuring the effectiveness of HIV treatment.

DTG-based treatment is the standard of care for adults. Starting on this regimen from infancy reduces the need for changes in treatment as they mature through childhood, adolescence and adulthood. Fewer regimens and regimen changes simplifies management of health care, improves stock management and reduces wastage.

Suppliers have indicated their ability to meet global scale-up ambitions. Accurate forecasts of demand are critical to inform production planning and delivery timelines.

It is therefore critical that national programmes start including DTG 10 mg dispersible tablets in their new procurement plans, review stocks and orders for existing non-DTG treatment for children, share forecasts with HIV treatment procurement partners and suppliers and place orders as early as possible.

The partners are committed to support national governments as they develop rapid transition plans from existing suboptimal HIV treatment to DTG-based treatment for infants and children, including advocacy for political commitment, mobilizing international and domestic resources, new policies and guidelines, managing medicine supply, distribution and stock, training health-care workers and sensitizing and engaging affected communities to ensure demand and treatment literacy for children living with HIV and their caregivers in order to ensure rapid uptake of these new formulations.

Further guidance for national programmes and partners is available from WHO. The CHAI HIV New Product Introduction Toolkit has dedicated resources to help countries transition to paediatric DTG.

According to Meg Doherty, Director of Global HIV, Hepatitis and STI Programmes at World Health Organisation (WHO), “This has the potential to be a true game-changer for children with HIV. We must do all in our power to help countries get this new paediatric DTG 10 mg to all the children who need it.”

“National governments, partners on the ground and affected communities need to work together to find and treat the children and infants whose lives can be saved by these new medicines,” said Shannon Hader, UNAIDS Executive Director for Programme. “The new medicines are cheaper, more effective and more child-friendly than current treatments for infants and young children. We need to get them into clinics to save lives now.”

“Providing antiretroviral drugs to people living with HIV is at the core of our support to national HIV programmes,” said Peter Sands, Executive Director of the Global Fund to Fight AIDS, Tuberculosis and Malaria. “This new and affordable child friendly HIV treatment is a tremendous step forward that will improve and save the lives of some of the most vulnerable in society young children infected with HIV. We are committed to support countries to make a fast transition to these new drugs.”

“Children in low and middle income countries often wait for years to access the same medications as adults, hindering their quality of life, or even resulting in preventable deaths. We are proud to have worked with partners on this groundbreaking agreement that will bring quality assured dispersible DTG to children at a record pace,” said Philippe Duneton, Unitaid Executive Director. “Ensuring access to this treatment will transform the lives of children living with HIV, helping them to remain on treatment and saving thousands of lives.”

“For the first time, children living with HIV in low- and middle-income countries will have access to the same first-line antiretroviral medication at the same time as those in high-income countries,” said Iain Barton, Chief Executive Officer of the Clinton Health Action Initiative. “The partnership should serve as a model to remove barriers that hinder development of paediatric formulations to deliver top-line medications quickly and affordably.”

“The persistent treatment gap between adults and children prevents us from achieving an AIDS-free generation,” said Chip Lyons, President and Chief Executive Officer of the Elizabeth Glaser Pediatric AIDS Foundation. “Children living with HIV around the world urgently require age appropriate, effective and accessible formulations. Approval of dispersible DTG is a momentous step forward, but meaningless if this new formulation doesn’t quickly reach the babies and small children who desperately need it most. The Elizabeth Glaser Pediatric AIDS Foundation is committed to supporting accelerated roll-out, uptake and delivery of new, optimal paediatric antiretroviral medicines in partnership with global, regional and local leaders.

“The persisting treatment gap between mothers and children is unacceptable with the new scientific breakthroughs that are within our reach to change the trajectory”, said Chewe Luo, Associate Director and Chief of HIV, United Nations Children’s Fund. “The United Nations Children’s Fund welcomes global commitments and progress made in developing better diagnostic approaches and optimal regimens for children to improve their outcomes.”

COVID-19: Past infection provides 83% protection for five months but may not stop…

Stemming the immune havoc of COVID-19

What you must know about COVID-19 vaccine