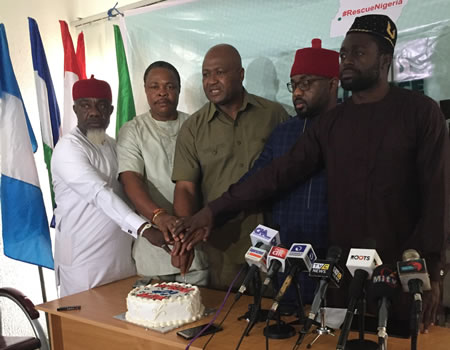 The Coalition United of Political Parties (CUPP) on Tuesday morning derisively marked the birthday of the retiring Inspector General of Police, Ibrahim Idris, by cutting a birthday cake, a gesture the opposition said was to put an end to the era of excesses by the police boss.

The top cop clocks 60 on Tuesday likely bringing to an end his career in the force.

The cutting of the cake followed a press conference addressed by the national spokesman of the coalition, Ikenga Ugo Chinyere, at its national secretariat in Abuja.

“So, for the IG of Police, we wish him the best that life can afford and to say in no distance time, he just apologises to Nigerians for the way he abused his office.”