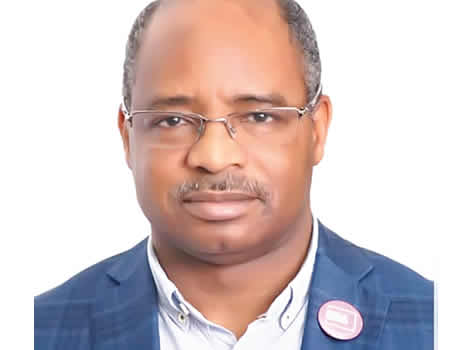 The coronavirus pandemic across the world has again shown the abilities or otherwise of countries of the world to rise to the challenge of providing succour to their citizens in the face of the socio economic crises that came along with the global health imbroglio.

The development has opened the eyes of the people, particularly those of the developing countries to the need to have an organised system that can make life meaningful, even during identified challenges.

When Nigeria recorded her first case of coronavirus, the citizens were apprehensive and agitated on how they would cope in an even that the country experience what has been happening in Asian and European countries.

An outbreak of the disease in large scale would have meant taking steps like total lockdown of the whole country that would involved the people staying at home for a particular period of time.

This has however put many questions on the minds of the people, with many wondering if the country has the capacity to cope with such. There would have been need for governments at various levels to put in place intervention programmes their citizens for the period that the pandemic ravage.

Do the governments have the resources to face such challenge? If the governments struggle to raise the needed resources, do they have the mechanism to get them across to the people without hindrance? Do we have the accurate or near accurate data of the households in Nigeria? Does Nigeria has a system through which it can identify each and every resident of the country?

Like some developed countries including USA, Canada did, Nigerians expected their government to put in place palliative programmes that would cushion the effects of the pandemic on them. Several arguments and propositions were put forward on this, with majority supporting government giving the people money to take care of their needs during the period.

The people were full of excitement when a national newspaper reported that the federal government had agreed to pay each Nigerian N30,000 as a palliative incentive for the coronavirus crisis, but the government quickly denied such plan, saying it had no intention of giving out money to the people.

When the argument over possible provision of palliative funds was going on, some had argued that such money should be paid through the Biometric Verification Number (BVN) of bank account holders in the country. However, it was claimed that Ithere re about 40 million BVN in the country of about 200 million people. This means that about 160 million people were not captured and may be left out if such mechanism was used.

The issue of getting the palliative/relief materials to the people also came to the forefront recently when people of some communities in Lagos, in videos that went viral on social media, complained about the intervention from government and individuals. The development made the state governor, Babajide Sanwo-Olu, to address the issue and he stated that the materials were distributed through the Community Development Associations (CDA) and Community Development Committees (CDC).

The obvious problem now brought to the fore the need for every Nigerian to have a National Identification Number (NIN) as it is the case with developed nations. A proper identification for the people with the necessary data would go a long way in solving many of the challenges associated with socio economic programmes of government.

The National Identity Management Commission (NIMC) established by a 2007 Act is saddled with the responsibility of managing the identities of Nigerians and Non Nigerians residing in the country.

The NIMC was established to “establish, own, operate, maintain and manage the National Identity Database in Nigeria, register persons covered by the Act, assign a Unique National Identification Number (NIN) and issue General Multi-Purpose Cards (GMPC) to those who are citizens of Nigeria as well as others legally residing within the country”.

The commission, just like the organisation that proceeded it, which was the Directorate of National Civic Registration (DNCR), had not been able to adequately deliver on the mandate given it by the act that established it. As at April 2020, only 41.5 million Nigerians have been enrolled and given their NIN. Many people that besieged the registration centres of the NIMC to have their names in the database of the federal government spend hours, if not days before they are registered. Those that are lucky to have their status captured have to wait for years before they are eventually issued their national identity cards.

However, investigation into the activities of the commission showed that successive governments in the country have been paying lip service to the development of database and identity for Nigerians. It was gathered that adequate funding remained the major problem facing the organisation.

The Director General of the commission, Aliyu Aziz, recently said apart from funding, the commission also has challenges of power, telecommunications and bandwidth. He however said despite this, the organisation had returned to the drawing board to fashion out the best and most convenient approach to get Nigerians identified.

He said attention has now been shifted from issuance of national identity card to the issuance of NIN to the people. He also said the commission has introduced the ecosystem that had skyrocketed the enrollment figure in recent time.

Aziz had said, “We have come up with a sustainable programme that we nicknamed, Ecosystem; that is to work with other government agencies and the private sector that are collecting data so that they can collect the data, send to the NIMC and the commission will pay them per successful enrolment.

He also said, “The focus before was on the card but we have learnt from the United States, the United Kingdom and India that the focus should be on the NIN, that is why the number grew to 36 million. So, our law says that we should also issue a general multipurpose card and that the first issuance should be free; that was in 2012. But because of the economic situation, we were unable to issue 36 million cards free. So, the focus is to emphasise on the number and allow the government agencies to accept the number and issue services. So far, the banks, Nigeria Immigration Service, Federal Road Safety Corps, National Pension Commission and others accept the NIN to give you service and, therefore, reduce the pressure from the demand for the card”.

Shedding more light on the efforts of the commission at ensuring quality service delivery, the head, corporate communications, Kayode Adegoke, said the ecosystem approach would ensure a consortium of the World Bank, Europen Union (EU) the French financial authority and Food and Drug Administration are partnering with the commission to distract enrolment of the estimated 200 million Nigerians in a space of three to five years. He added that the consortium are providing the enabling environment and structural support to the organisation.

Adegoke also explained that emphasis would no more be on identity card in order to get Nigerians identified. He said, “What people call the permanent card is simply NIMC e-ID card.The card is not as important as the NIN. The NIN is the most important token of the digital identity programme. No one ask for card in the US; it’s the social security number they ask for, ours is like the social security number in the US and the National Insurance Number in the UK.

“Nigeria is the leading light in modern digital identification program in Africa. We have only given close to 2million Nigerians the e-ID card. Funding has not permitted us to give more.

It cost a not produce and personalise the card, including the cost of the over 19 Security features on the card. The card has about 13 applet, one of the applet is enabled for payment,  hence the collaboration with master card. Government only needs to provide more funding so we can print more cards and they can use it for the payment of the conditional cash transfer and other social security programs for the most vulnerable”.

The NIMC’s spokesperson however told Nigerians to expect credible, reliable, sustainable and world -class identity system from the commission, saying the NIMC has the expertise and resources (human and capital ) to support current government digital Identity drive. The data of Nigerians are equally safe”.

The distribution of palliative materials and the social security programmes of the government to the people has continued to generate controversies and lead to doubt in the minds of many Nigerians who asked questions as to how government derived the list of the beneficiaries.

Many argued that the claim by government that it distributed money to poor Nigerians was a ruse because of lack of data and adequate information about the people of the country.    However, investment in the provision of identity for Nigerians as it is done in developed countries of the world would erase such doubt and also save further funds that would have been wasted on data collection by agencies of government again.

We May Not Have An Economy After COVID-19 —Adebayo, Professor Of Economics
Professor Abayomi Adebayo is a lecturer at the Obafemi Awolowo University, Ile Ife, with specialty in Development, Health and Labour Economics. He speaks to DARE ADEKANMBI on the economic implications of prolonged lockdown as a result of COVID-19, the 2020 budget and other matters… Read full story

A Son Like Bello El-Rufai
If you want to know how the mind of Kaduna’s first son, Bello el-Rufai works, check his Twitter page, @B_EL-RUFAI. He has two images there. His posts go out with a handsome image of his father’s godfather, Muhammadu Buhari, arching his neck like a model at a lavish photo-shoot. It must be a rare exulting moment for the… Read full story

Review of Yossi Sheffi’s The Power of Resilience