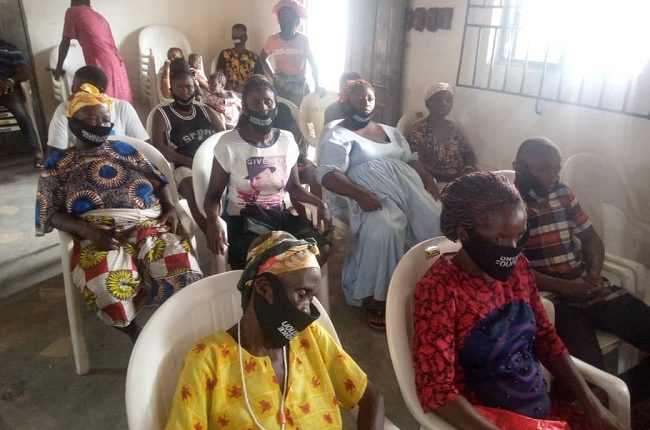 As the second wave of COVID-19 pandemic surges across the country, the Onuesoke Foundation has commenced awareness campaign and distribution of free over 100,000 face masks and sanitisers to folks in rural communities across Delta State.

The awareness campaign, distribution of the free face masks and sanitisers took off on Wednesday from Udu Local Government Area of Delta State and will continue for three weeks across all the 25 local government areas of the state.

It will be recalled that the foundation had, before now, placed jingles through radio and television stations to sensitize rural folks across the state on the prevention protocols of COVID-19.

Project coordinator of Onuesoke Foundation, Mr Steven Agadagba, during the take-off of the awareness and distribution of the Personal Protective Equipment (PPE) on Wednesday, disclosed that the sensitization campaign and distribution were aimed at saving lives and increasing a high sense of awareness of COVID-19 dangers among rural dwellers.

According to him, the foundation is out to also promote a clean, safe and healthy culture in order to mitigate the spread of the deadly COVID-19 pandemic.

Agadagba enjoined all hands to be on deck to checkmate the spread of the pandemic in the country, just as he advised the people to strictly adhere to the preventive guidelines of COVID-19 as instructed by the Nigeria Centre For Disease Control (NCDC) in order to curtail the spread of the dreaded pandemic.

He equally called on local authorities to do more in ensuring that rural dwellers comply with government directives on Covid-19 protocols.

He, however, lamented that from all indications, most rural communities have not fully come to terms with the dangers associated with social gathering as a quick and fast way of spreading the virus, describing the situation as worrisome.

Beneficiaries of the free face masks, sanitisers and other PPEs at Udu Local Government Area thanked the foundation for the items, promising to adhere strictly to the COVID-19 protocols in order to kick out the virus.