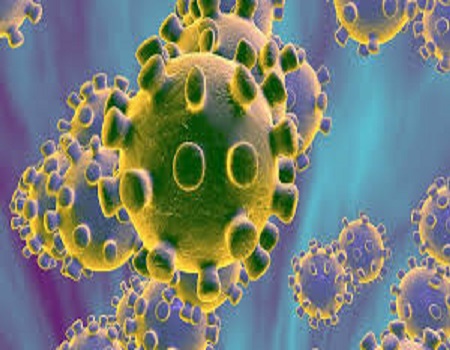 ALLAH has blessed us with a religion that is complete and perfect for all times and places. Allah tells us in the Qur’an: “This day I have perfected for you your religion and completed My favor upon you and have approved for you Islam as your religion.”

We also have in the Prophet (sall Allahu ʿalayhi wa sallam), the best of examples, as Allah says in the Qur’an: “Surely there was a good example for you in the Messenger of Allah.”

Whatever problem or issue a Muslim is facing, he returns to Allah and His Messenger for guidance. There is nothing that happens in the life of a Muslim except that his religion has a solution to it.

We recently heard about the coronavirus which is spreading to a number of countries, affecting the lives of many people, causing death to others.

There are a number of thoughts that should cross the mind of a Muslim when they hear something like this. Below are some points that a person must remember and internalise when they see or hear of such incidents:

Trials and tribulations are part of life. This is something that Allah informs us of and warns us so that when we are afflicted, we remember that it is ultimately Allah who controls of our affairs. It is He who will provide help and His knowledge of our affairs surpasses our restricted intellect. As He says in the Qur’an: “Do you think you that you will enter Paradise without such [trials] as came to those who passed away before you? They were afflicted with severe poverty and ailments and were so shaken that even the Messenger and those who believed along with him said, ‘When [will] the Help of Allah [come]?’ Yes! Certainly, the Help of Allah is near!”

Allah says in the Qur’an: “And We will surely test you with something of fear and hunger and a loss of wealth and lives and fruits, but give good tidings to the patient.”

So, how do we respond to a calamity? Allah tells us immediately after the previous ayah: “Who, when disaster strikes them, say, ‘Indeed we belong to Allah, and indeed to Him we will return.’”

A Muslim is patient in trials; he knows Allah will never forsake him, nor will Allah burden him with a trial that is more than what he can handle.

This is not something new

Illnesses and viruses such as the coronavirus are not something new, nor is the fact that people are afflicted with illnesses.

We see the great Prophet of Allah, Ayyub (ʿalayhi al-Salam), was tested with a great illness.  His story is synonymous with patience. He lost everything; his family, wealth, and health. Some narrations say he was bedridden for 18 years, tested with a great illness, yet we find he did not give up hope in Allah and turned to Him in this great trial. Some scholars have said that his illness was so severe that his flesh dropped from his body and nothing remained on him except his bones and muscles.

Allah tells us his story in the Qur’an: “And Ayyub, when he called to his Lord, saying, ‘Harm has inflicted me and You are the Most Merciful.’ …So, We answered him and removed his affliction and We gave him his family and the like of them with them, as a mercy from Us and a reminder to Worshippers.”

Allah will never harm us nor does He want evil to befall us. We may think something is bad for us due to our restricted view of life, but there is always good in a situation. Allah tells us that perhaps you hate a thing but it is in fact good for you, and perhaps you love a thing when in reality and it is bad for you, yet Allah knows while you know not!

A believer has two positions when it comes to pre-destination: one is before the situation occurs, and one is after. Before the situation he seeks help from Allah, makes dua to Him and relies upon Him; he asks Allah for good to come from it.

After the situation, if the result was positive and good the person thanks Allah.  If the event had a negative outcome, the person is patient because he knows that Allah will never forsake him even if it seems the result is negative, because indeed Allah is the best of planners.