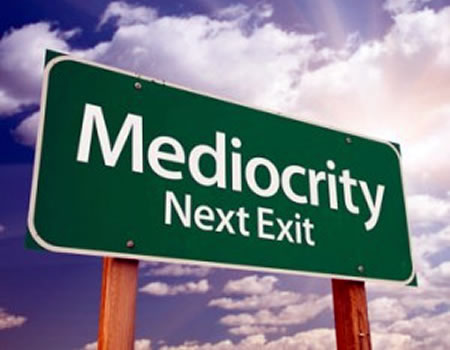 I wonder why we celebrate mediocrity in Nigeria despite the massive failure of the Nigerian state. When Nigeria escaped the bonds of colonial rule, few could have imagined the depths to which it would sink a generation later. When the British freed the lands they had ruled, Nigeria was the focus of great optimism as a powerful emerging nation that would showcase democratic government.

Sixty years after independence, insecurity still lingers, corruption floats in the land and ethnic groups threatening to fall out. Perhaps that was why Chinua Achebe wrote “Nigerians are what they are only because their leaders are not what they should be”

By now, our leaders should take the charge to do better. The search for a better Nigeria will continue to be unproductive as long as our leaders fail to guarantee the genuine protection of the interest of all its component and people. Our leaders must learn to accept difference of views, opinions and strategies.

At this point, we should refuse to celebrate mediocrity but rather take the words of Achebe which says, ‘A true patriot will always demand the highest standards of his country and accept nothing but the best’ to heart.  As we challenge our leaders, this should serve as a motivation to us as citizens to also strive to be better.

The Inspector-General of Police (IGP), Mohammed Adamu, has convened a meeting with stakeholders and has agreed to meet all demands raised by the #EndSARS protesters, which include halting use of force against protesters and unconditional release of arrested citizens.Celebrating mediocrity  Celebrating mediocrity

We need not too poor to rule bill

Police reform: What should we now expect?