CDS, other service chiefs visit Theatre Command, to meet with commanders, others 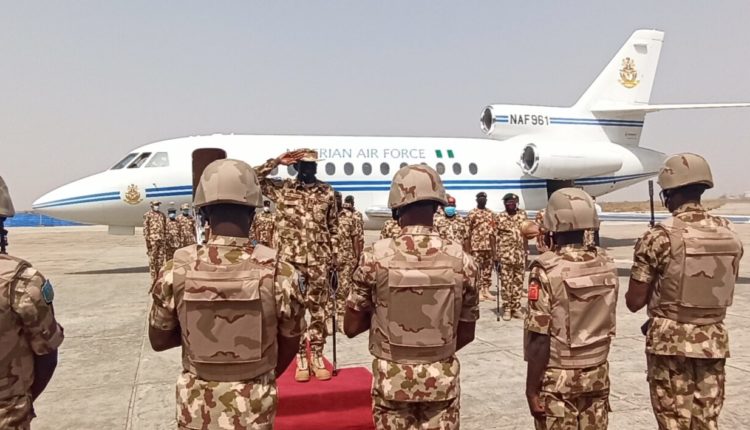 Irabor, along with his team, was received by Major Geneneral Farouq Yahaya, Theatre Commander, Operation Lafiya Dole; Major General Abdul Khalifa, the General Officer Commanding, 7 Division of the Nigerian Army and other principal staff officers of the Military Command and Control Centre at the Headquarters of the Air Task Force.

Abdul Khalifa told the News Agency of Nigeria (NAN), in an interview, that the CDS would be meeting with the service chiefs, Theatre Commander, Operation Lafiya Dole, Chiefs of Training and Operations from the Defence Headquarters, Army, Navy, Air Force and other field commanders, where they would be briefed on recent operations in the theatre.