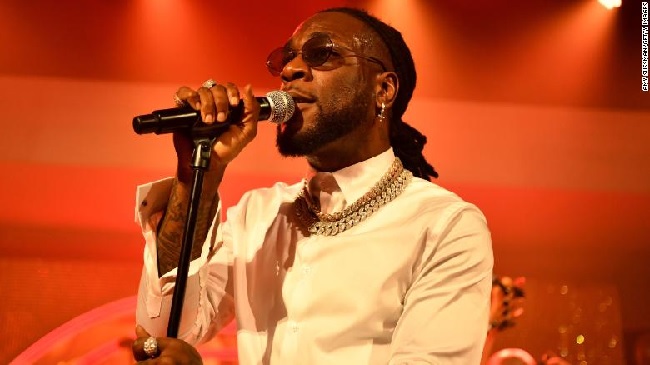 The award-winning singer’s song ‘Destiny’ will be played alongside other international artists such as Dua Lipa, Tame Impala, and Kygo.

American artists included on the playlist include Beyoncé, Stevie Wonder, and Kendrick Lamar.

Raedio President, Benoni Tago,e said the company was honoured to create the playlist. “We know that music has the power to bring people together, and after a year of national challenges and division, we hope this collection serves as an indication of a new beginning, positive change, and a reminder that music of all types is a common language.”

ALSO READ: We are laying foundation for economic boom in Ekiti ― Fayemi

“These songs and artists reflect the relentless spirit and rich diversity of America,” said Presidential Inaugural Committee CEO Tony Allen in a statement. “They are the score to a new chapter and will help bring people together as the Biden-Harris Administration begins its important work to unite our country,” Allen said.

At 29, Burna Boy is one of Africa’s breakout stars, and his music has been sampled and featured by some of the world’s biggest artists including Fall Out Boys, Jorja Smith, and Beyoncé.

His album ‘Twice as Tall’ was nominated for Best Global Music album at the upcoming Grammy awards while his debut album ‘African Giant’ was also nominated for the same award last year.

Burna Boy has been a vocal critic of governments across the continent.

He released the song ’20 10 20′ in October, which was inspired by the shootings at Lekki toll gate when Nigerian soldiers fired into a crowd of protestors.

“I close my eyes and all I see is Lekki toll gate,” he said in a tweet three days after the shootings. “I’ve seen a lot of violence and death in my life but this is the one that has traumatised me.”

A picture of a bloodied Nigerian flag that went viral at the time is still his Twitter avatar.

In September 2019, following a spate of xenophobic attacks in South Africa, targeted at Nigerians, he vowed never to return to the country, a move that sparked criticism on social media.

The artist later changed his mind and announced that he would perform at the ‘Africa Unite’ concert in South Africa, the concert was later cancelled.

However, South Africans took a dim view of his earlier comments and there was a barrage of criticism and even threats of violence according to the organisers, who cancelled the concert.

The playlist is on Spotify and other streaming services.