BREAKING: New Oba installed in Igboho, as Alaafin, others attend 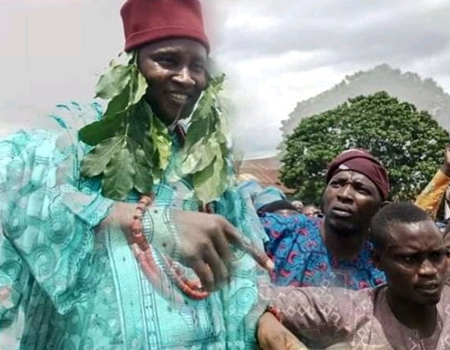 A teacher and graduate of the University of Ilorin, Prince Joel Olalere Olawuwo, has been installed as the Alepata of Igboholand.

Alepata is the paramount ruler and permanent chairman of the council of Obas and Chiefs in Oorelope Local Government Area of Oyo State.

The installation, which took place on Wednesday at the sacred Igbo Oba grove, Igboho, where four Alaafin of Oyo were buried, was performed by custodians of the tradition from Oyo, while the Alaafin of Oyo, Oba Lamidi Adeyemi led other traditional leaders from Oke Ogun to the ceremony.

Olawuwo’s installation came three years after the passage of the former occupant of the stool, Oba (Dr)Johnson Oyeyiola , who passed on in April 30, 2016.

Leah Sharibu: FG assurance means nothing to us again, we depend on God — ECWA President