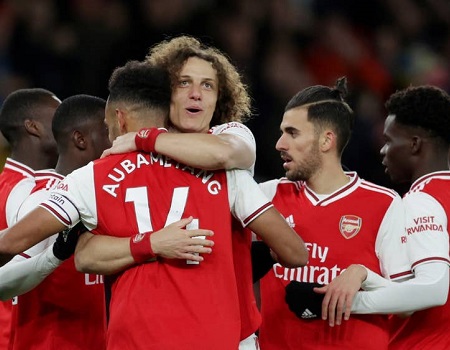 Dani Ceballos was also selected for his first start since November as Arsenal attempted to end a run of four consecutive draws.

After spending a week training in Dubai, Arteta had the opportunity to instil his philosophy into his players as they begin their push to qualify for the Champions League.

There were glimpses of what Arteta’s work on the training ground had consisted of: quick, one-touch passing on the ball and high-intensity pressing off it. But it was the away team who had the first sight of goal with two chances in the space of a minute after which Arsenal beat Newcastle