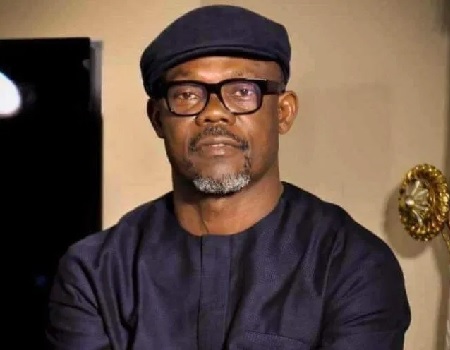 A bill seeking to establish the Federal University of Environment Technology in oil-rich Ogoniland in Rivers State passed second reading on Wednesday in Abuja.

Sponsor of the bill and Senator representing Rivers South-East, Barinada Mpigi, said if established, the proposed tertiary institution would provide the needed manpower to tackle the environmental degradation in the area.

Recall that the Federal Government had in 2016 flagged-off the remediation of contaminated sites in Ogoniland.
The government had through the Nigerian National Petroleum Corporation, and multi-national oil companies mobilised $180 million for the exercise.

Senator Mpigi said the institution would create a sense of belonging between the oil-producing community and the Federal Government which was anxious to resume oil exploration activities in the community which was suspended in 1993 following a disagreement between the communities and multinational oil giant, Shell Petroleum Development Company.

He said: “As a leader and community mobiliser, it is my passion and conviction that the establishment of a Federal University of Environmental Technology, Saakpenwa Ogoni will capture and mainstream the ideals of United Nations Environment Programme recommendations and help in confidence-building and cementing relationship with community leadership and give opportunities to the youths and women to better understand the relationship between technology, environmental pollution and environmental protection not only in Ogoni but in the entire Niger Delta region and Nigeria in general in order to combat the threat of ecology and climate change.”

ALSO READ: We are not recruiting Cadet ASPs, Inspectors ― PSC

He further submitted that ”The proposed Federal University of Environment Technology, Saakpenwa, Ogoni when established will also provide for the institutional requirements for running a world-class environmental technology institution by catering for learning and research needs of its prospective students and researchers in Nigeria and beyond.

“The institution is designed to stand tall in the dissemination of knowledge and in the building of graduates with practical knowledge and earned diplomas and degrees in professional areas.”

“I want to reiterate that when this bill is enacted into law, the Federal University of Environmental Technology, Saakpenwa Ogoni, Rivers state will be the first in Africa in these areas of learning and knowledge as a specialised University.

”Again as we are aware, the Ogoni struggle has earned international recognition and reputation. And thus there are available willing partners and buy-ins from international organisations and individuals especially those with bias in nature conservation and environmental protection to support the take-off of the University.”

He submitted that Rivers state government has expressed support for the institution by providing a modern state of the arts facility at Saakpewa for the immediate take-off ”while the host community have also indicated interest to donate more lands as contributory support for the commencement of this highly coveted University.”

Senator Sandy Onor, Cross Rivers Central called on his colleagues to support the bill ”because the establishment of Environment University is of good importance.”

”This bill is one bill that deserves all our support. I do believe that the establishment of this university will be of good importance and so I rise to wholeheartedly support this Bill.”

Chairman, Senate Committee on Appropriation and Senator representing Kano North, Senator Barau Jibrin, said the university would also train professionals who would tackle the erosion problems in the South–East and desertification in the North.

Lending his voice in support of the bill, Senator Ibikunle Amosun said the university would help in protecting environmental challenges and further mitigate youth restiveness in the oil-producing states.

According to him, ”when this Bill is established, it will do a lot of things and help the community. Able-bodied men and women in the community would have something doing and help curb vices.”

In his closing remarks, President of the Senate, Ahmad Lawan, referred the bill to the Committee on Tertiary Institutions and TETFUND.

We are not recruiting cadet ASPs, inspectors ― PSC