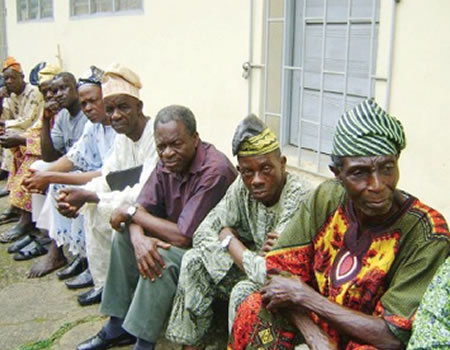 The sum of N100 million has been set aside for the payment of outstanding gratuities of all retired civil servants in Bauchi state.

While presenting cheques to some of the beneficiaries on Tuesday, the State Head of Civil Service, Alhaji Nasiru Yalwa explained that the payment will cover retirees from the state and local government service.

The Head of Service implored those that are yet to be part of the beneficiaries to be patient as the administration of Governor Bala Abdulkadir Mohammed was determined to alleviate the sufferings of retired workers of the state.

Nasiru Yalwa who assured that the payment of the gratuities will be a continuous process, said arrangements are on top gear for the payment of other entitlements of civil servants.

Some of the beneficiaries who spoke to newsmen expressed gratitude to Governor Bala Abdulkadir Mohammed for the payment of the gratuities and appealed for its sustenance.

They pledged their support and loyalty to the present administration and prayed Allah to give the governor the wisdom to fulfil all his campaign promises for the well being of people of the state.

Ex-naval chief berates Kogi govt over self praise on salary